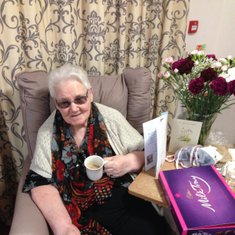 In loving memory of the late Gwyneth Elizabeth Nicholls who sadly passed away on 7th October 2014.
My mother loved life, she was a colourful character and loved a laugh. She was always a hard worker and after my father contracted TB as a young man she had to be the main breadwinner. As an only child I wanted for nothing, whatever came up my mum and dad ensured I got it. I travelled to Holland and Austria with the school as a young teenager which gave me the travel bug in my blood. Both my parents encouraged me to do better and make something of myself. I hope I've done them proud.
The biggest sadness in their lives was the loss of my brother Robert some 11 years before I was born, it left them both devastated and it took all of the 11 years to recover before I was born, which in itself was a miracle - my dad was in a sanitarium for the TB and my mum thought she had a bad back, it wasn't until she had an X-ray on her back that she saw on the film the baby that was me all curled up inside her.
Bet that gave her a laugh as well.
When my sons Robert and Thomas were born they were both overjoyed. They travelled to Peterborough from Briton Ferry every six weeks or so to be with us. Holidays were always partly spent in South Wales and partly here in Peterorough.
When my Dad passed away in July 1997 the heart went from my mum. She moved to Peterborough to be near me and the boys but a part of her was in Margam crematorium with my Dad.
We kept her focused and busy, Mum enjoyed travel and we had some wonderful holidays in the Caribbean she was swimming in the sea something she never thought she would do in her 80s
As the boys grew up and began their own lives mum and I carried on lunching after shopping and holidaying in the UK together, she always enjoyed life, this carried on right up to November 2012 when she felt she couldn't do it any more. After she stopped going out she sort of gave in and after many water infections she could no longer continue to look after herself so had to go into Abbey Court Retirement home.
And so began a new adventure for mum. By now mum was on a much reduced hearing and almost no vision but that didn't stop her being full of fun and a caring mother, grandmother and great grandmother. I used to go there to see her every other day and we would have the same conversation about how I was, how the boys were and how Charlie and Rhys were, she always ended up saying to take care of myself till we visited again and always told Paul to look after me or he would have to answer to her. I will miss both mum and dad every day for the rest of my life but know they are now together and will always watch over me and the family and know we are thinking of them.
For now mum goodbye we have to go our separate ways, I will always love you both and I'm proud to have had such caring loving parents to give me and my boys such a good example in life. One day we will be together again but right now enjoy being back with Daddy and your baby boy Robert. XXX 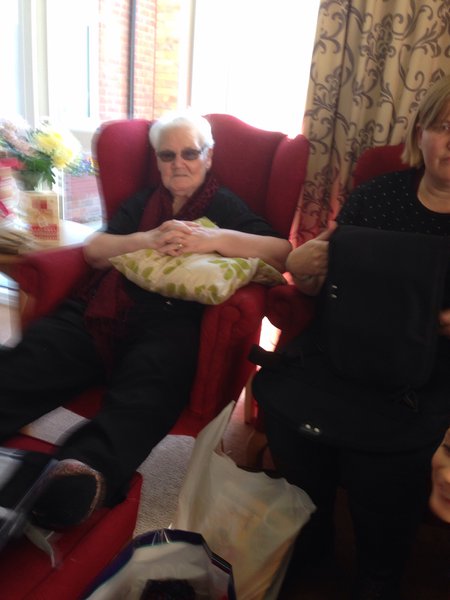 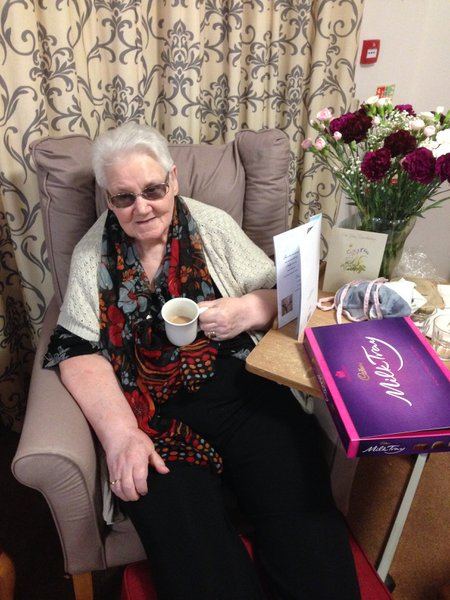