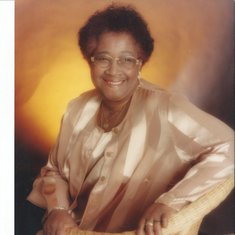 Donate in memory of
ErnaDementia UK

Donate in memory of
ErnaDementia Matters

In loving memory of the late Erna Lamont who sadly passed away on 16th September 2014.

Erna Maud Lamont was born in Kingston, Jamaica on the 16th January 1936. She was the 2nd eldest child of 10 children that were born to Cyril and Molly Rosegreen. Her father was a shoemaker and her mother a housewife. She spent her early formative years in Kingston but as the family increased, they moved to the Red Hills district in St Catherine. This is where Erna attended school until she was 13 years old. She loved reading and enjoyed teaching her younger siblings how to read and write.

Erna always wanted to be a teacher, so when she became a member of the Pilgrim Holiness Church she became a Sunday school teacher and ministered to the young people. She actively participated in the work of the church. This made her church members and friends very proud of the steps she had taken and they were very supportive of her. Erna was unhappy with the move to Red Hills so after a while she went to live at the vicarage with the pastor and his family.

In the late 50s, Erna also emigrated from Jamaica to England and joined her father who was living in St Pauls, in Bristol. She made lots of new good friends in Bristol and met up with old friends from Jamaica, who also shared her interests and passions for life. Erna married twice, her first marriage was to Richard Thomas, in 1960, they had one daughter Vennette. Her second marriage was to Breston Lamont and they had two children, Clive (deceased) and Natasha. Their marriage ended in the late 70s.

Erna worked in many different places. Her first job was making garments in a clothing factory for a short period of time. She then left and went to school and successfully completed a course in hairdressing and managed her own hairdressing business. Erna also worked nights at Hortham Hospital as a nursing assistant with people who had severe learning difficulties. She also worked at Bristol Royal Infirmary, in the catering department of the oncology unit.

In the late 80s Erna moved to London to be near her children and secured employment with John Lewis in Oxford Street, in the catering department. This was a taxing job due to long hours of travel but she enjoyed it as she was doing something that she loved. She worked there until she retired.

Erna was a woman of many talents. She was pretty skilful with a pair of knitting needles, making beautiful Aran jumpers and cardigans, crocheting various garments and centre pieces to beautify the home. She was an excellent cook, but her food would sometimes make your eyes water and steam come out of your ears as a result of her favourite ingredient – good old scotch bonnet pepper!! Her infectious laughter lit up the room whenever she was around. Erna loved dancing and was a brilliant mover, and was also a collector of “ole time” music and had an extensive record and CD collection. She enjoyed shopping for beautiful clothes for herself and her family; she always looked immaculate. She was very generous and would often buy clothes and shoes for her friends’ children when they were young. Erna loved to shop, particularly from QVC and bought many of the latest gadgets, health products, pots and pans to name but a few items she purchased!! May be she had a few shares in QVC – who knows?!

Erna was a loving caring person who lived life to the full. The friends whom she had were long lasting. She was a people person. She was loving, kind and gentle and always willing to share whatever she had with others. Erna was quite outspoken and was not afraid to speak her mind. A true and loyal friend. A classy dresser with an infectious laugh. Whenever she was going on a night out with her friends she would make comments on how nice they looked or not!! Erna was not envious of others, she would always encourage everyone, young or old, to do their best whatever interests they wanted to pursue.

In April 2007 Erna’s son Clive died suddenly and this was a very distressing time for her. She never fully recovered from the untimely death of her son and Erna’s health started to deteriorate. Diagnosis was slow and after some length of time she was diagnosed with vascular dementia. As the illness progressed, Natasha became her main carer as she was unable to care for herself. She was ably assisted by her sister Angela and helped by family, friends and professional carers.

Erna’s health deteriorated and she was admitted to Barrington Lodge Nursing Home where she settled in well apart from when she tried to make a bid for freedom and outwitted the staff at the home! She was found safe and well and returned. She settled in well and soon fell into her old role of catering and helped the staff give residents refreshments as well as putting others in their place. Her health rapidly deteriorated in recent months and she had a couple of trips to hospital. She finally succumbed to this progressive illness and passed away peacefully with her favourite music playing in the background on 16th September 2014.

Erna left us with two great legacies. One was a word that she had created and has yet to make it into the dictionary. “Clabaroot” as in “move your clabaroot!” used when she was irritated by someone. We never did find out exactly what that meant!

The other, something that made her very rich and was priceless – love. She had a big heart and shared her love with many people and anyone lucky enough to be touched by her love were privileged and lucky to have known such an amazing woman.
Erna is survived by:
Children - Vennette & Natasha
Grandchildren - Kaylon, Kaymar, Emma, Daniel & Ashante
Several God Children
4 Sisters
5 Brothers
Several nieces, nephews and cousins
Many good friends
Rest in Peace Erna, may your light perpetually shine.
Number 16 The number 16 played a significant part in Erna’s Life.

How is the number 16 related to Love? Apostle Paul, in his first book to the Corinthians Church, states that there are sixteen distinct things about the quality of love that God has and he wants us to have as well. Love is incredibly patient and very kind. It never brags about itself or does it envy others. Perfect loves does not act vainly, behave in an unacceptable manner, is not selfish, is not very easily provoked and thinks no evil of others. It mourns sin but rejoices in what is the truth. Godly love is willing to bear and endure all things, and to hope for and believe the best. This greatest of all spiritual gifts will NEVER fall. I Corinthians 13:4-8

RIP Mother, I love & miss you very much!!
Tasha, you did a wonderful job looking after your mother, and do not let anybody tell you otherwise!!
You are a wonderfully exceptional daughter and am sure your mother must be singing your praises!!
xoxo

I will truely miss you. I remember as a child growing up your bright smile your laughter and your generosity is one area you would never lack. Your basket would always be filled . You may not be here in the flesh but you will always be close to my heart forever.

I love you Auntie rest in peace ,
Your loving Neice Dominique

So happy to have known this strong black female. We shared some kind hearted and heartfelt conversations following the loss of my beloved brother in law, Clive.
Dare I say one day I hope to produce food that keeps you licking fingers like Aunty Erna but I'm doubtful of that. Her one item she said she could never cook without "black pepper" - she's not wrong.
R.I.P. safe in Gods hands and at your sons side.

R.I.P mum. Thank you for blessing me with a friend for life- your beautiful daughter Tash. I will always be there for her and be a friend to her. xx

Sleep on our beloved mother until we meet again.......RIP!

Auntie !!!! What can I say gone but not 4 gotten. Ur a candle that light up d world, a strong BLACK WOMAN, 1 who consider of strong moral, 1 who love to shear every thing with d needed nothing was 2 good 4 her to say teck it man. Auntie u have gonn on 2a better place b @ rest ur memories live on also ur mutral understanding. & above all ur legacy 1 that will never die CLBAROOT STILL LOOKING, SAKING BUT CANT GET NO ANSWER WHAT THIS MEANS. BUT THIS IS UR LEGACY that lives on. LOVE U EARNA D KIDS LOV & MISS ur Kaymar go sit down!!! ○¥ ○.4 u Tash dont worry wile in gonn, no u dont want & cant bear 2 c me suffering so gonn on 2 glory im HAPPY & FREE NOW U B STRONG & DO D BEST 4 ME. AS U HAVE DONE UR BEST GOG IN HAVEN WILL DO D REST. TAKE CARE OF U, THEN U"LL ABLE 2 TAKE CARE OF D REST.

To my dearest cousin Tash, I want to extend my deepest sympathy with you and the rest of the family. I know your mum was your treasure your gift and your all. She has been called home to rest from the long journey she was striding. Don't mourn without hope God knows it all and he will keep and strengthen you all during this time of grief. Love you God Bless

Aunty Erna was & will always be my favourite Auntie. I will never forget her smile, her big laugh, her cooking, how well she always dressed & of course her big big loving heart that she shared with everyone who knew her. she was blunt at times but very open minded & that's why I love her so much.....When I was younger I asked my mum if anything happened to her (my mum), can Aunty Erna take over as my mum :) ...Thats how much I loved my Aunty Erna....Condolences to all the family & a big hug to Tasha your a gem & you don't even know it hun...Love to you all x

I have the honour of knowing Erma Maud Lamomt and her beautiful daughter Tash. Erma was obviously a shinning light and guiding star to her family she will be missed greatly by all who shared the pleasure of knowing her. May her family take comfort in the knowledge that she will always be with them and that family and friends will support them through this difficult time 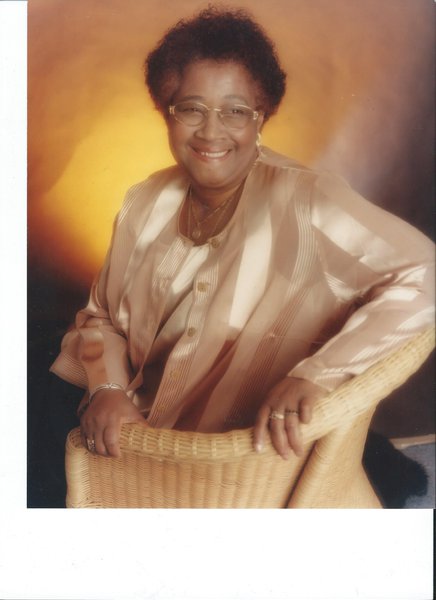