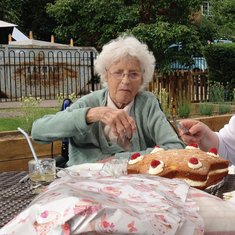 In loving memory of the late Lillian Callaghan, who sadly passed away on 12th September 2014.


Lillian was the eldest daughter in a family of 6, born in Camberwell in 1926. From an early age she cared deeply about her family, assisting her mother in bringing up the rest of the children. During the war they were evacuated to the safety of the Kent countryside.


She suffered with pleurisy as a young woman, and was advised by her doctor to visit the south coast to benefit from the fresh air. She worked initially in a hotel as a chambermaid, but would go back as a visitor on many occasions.


Upon her return to South London, she worked in a telephone exchange. Whilst there she met Stanley, a young man about to go and serve in the Navy. They married in Lewisham on 1st March 1947, and set up their first home in Denmark Hill.


On Stanley's return from service, he began working in the Post Office. They moved to Bensham Lane in Thornton Heath, before settling together on Strathyre Avenue, Norbury, in 1963. Lillian was a committed and doting parent to Alan, Peter, and Jean, only ever taking part-time employment to ensure she could be at home as much as possible. She worked in various environments, including an office in Croydon, a care home in Norbury, and at Payne's Poppets, where she would bring home bags of chocolate misshapes for the family. The household over time included dogs, cats, hamsters, budgerigars, terrapins, and a tortoise. They also opened up their home to foreign students who were studying in the area.


Whilst the children were growing up, the family would take a holiday each year at Butlin's in Bognor Regis. Stan finally managed to persuade Lillian to venture abroad during the 1990s. They visited various parts of Europe by coach, including Austria, Switzerland, and the countries then known as Czechoslovakia and Yugoslavia. Italy was their favourite, thanks to the friendly people, and the beauty of Lakes Garda and Maggiore.


At home, they visited their local church, New Life Christian Centre, each week, making many good friends. When her grandchildren arrived, Lillian proved a doting grandparent, looking after her grandson when Jean returned to work part-time. She would take Philip and Helen to the park and to the annual Christmas pantomime.


When Stan passed away in 2006, Lillian continued to live independently. She was an active member of the Croydon MENCAP group, accompanying Alan to events and on excursions. In later years she was less mobile, and unable to attend church as frequently. She nevertheless looked forward to watching Songs of Praise each week. In September 2012, after a fall at home, she moved in with Jean and family in Croydon, where she enjoyed being a part of family life. When she moved into Oban House on 12th September 2013, she was only ever a 10 minute walk away, and was visited on a daily basis by family. There she participated enthusiastically in activities, and entertained the other residents with conversation and stories. She enjoyed a trip to Worthing, and, as you can see above, being visited with a cake on her 88th birthday.


Lillian peacefully passed away at Croydon University Hospital, after being admitted on 21st August with a severe chest infection. She will be dearly missed by her family and friends, as well as her neighbours from Strathyre Avenue in Norbury, and from Oban House.


A funeral service will take place at 3pm on Thursday 25th September, at the East Chapel, Croydon Crematorium. The address is Mitcham Road, Croydon, CR9 3AT.


If you wish to send flowers, please make sure they have arrived at Rowland Brothers by 12pm on Thursday 25th September. The address is 299-305 Whitehorse Road, West Croydon, CR0 2HR. If you would like to order flowers, you can do so from Pure Flowers. Their address is 1020 Whitgift Centre, Croydon, CR0 1UU, their telephone number is 020 867 0940, and their website is www.pureflowers.net.


Afterwards, there will be a reception at Lillian's church, New Life Christian Centre. The address is 5 Cairo New Road, Croydon, CR0 1XP. You are warmly invited to join us there for refreshments.

To my dear sister Lilly,

I know you have been ill for quite a while and now you are at rest. As you, I also have a strong hope in the future that our heavenly father offers us and look forward to seeing you again along with Irene in the future resurrection as promised at John 5: 28, 29. All my love your brother Stuart xx 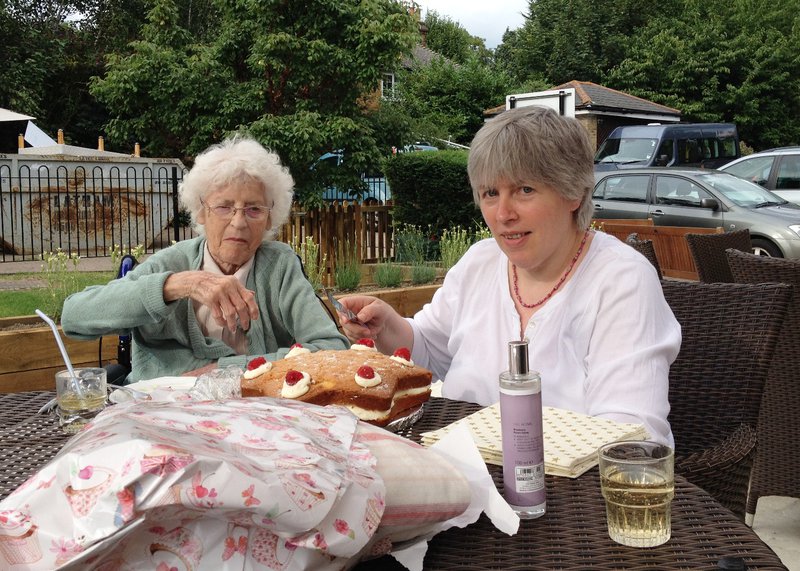