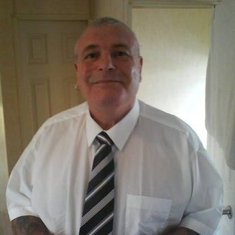 Donate in memory of
RonaldRSPCA (England and Wales)

His funeral will be held on his 65th Birthday at Woodlands Cremitorium at 10.00am.

Ronnie was a Son, Husband, Father and Grandfather, Brother, Uncle and friend. He was taken suddenly at the tender age of 64. He was a quite, shy person, harmless, down to earth but realistic man, with strong old fashiond family values. He was raised in a traditional family home, the eldest of 4 children, brother to 3 sisters, Judy, Elaine and Hazel. Ronnie attended Summer Lane primary school, until the family moved from hospital street, to Pype Hayes, Jesmond grove were he attended Paget road school. After leaving education he worked various jobs, in industry, In his words he would say “ you could literally leave one job, and walk into another straight away”. Ron could turn his hands to anything. Through his working life he was a man of many trades but master of none. Ronnie was a very proud patriotic man and had a special interest in World war 1 & 2 there was nothing he did not know about this period of time. He often told his girls stories when they were growing up about the aeroplanes and war ships involved like he was there, when reaching teenager years they realised that he hadn’t even been born then and that he wasn’t actually there! This became a standing joke! As a hobby he used to spend time building model war ships and aeroplanes, of which they became ornaments around the family home. He meet his late wife Susan in Pype hayes and told many funny stories of when they first met, he used to tell everyone “it was love at first sight”.she was known as the 'diamond ' They married on the 14th November 1970, and there 3 daughters came along, Samantha, Lorraine and Victoria. He enjoyed being a father and providing a stable home. In his younger days he enjoyed socializing with family and friends and playing domino’s at his local pub. He loved his music, and told stories of the various bands he had seen performing live in pubs around Birmingham. He loved the gathering of all the family at Christmas time at his mums . We would all have a sing song he would always ask for the Beatles knowing all the words as he sang . Ron had a special passion for North Wales were he holidayed as a child, and enjoyed taking his family on holidays there, yearly. As the girls grew up and gave him grand children he would also take them there on holiday’s. These hold special everlasting memories not only for him, but for all of his family. Ronnie adored all of his 6 grandchildren and would spoil them rotten, the girls could always rely on him for babysitting duties, if there mom said no, they’d just ask dad! When the girls had finally left home Ronnie took on his 2 cats who he then spoilt rotten to, he treated them like babies! Ron could be humorous at times without knowing it, he was quite naive at times. One xmas when having a family gathering at the house, one of the kids were playing with the remote control and he shouted "No, No don’t you get pressing that red button in the corner of the TV“, hearing the shouting they all ran in the lounge and said why what’s wrong. Turned out that Ron actually thought if you press the red button the naughty channels come up!. He was also flabbergasted when learning you could play CD’s on a DVD player through the TV. These are just a few of the funny moments in which will be cherished by the family. So as we all reflect on Ronnie’s life The family feel his passing has left a massive gap in there hearts that will never be filled, and say “ he wasn’t a hero known to the world, but a hero he was to all of them” We can not believe we are standing here saying our goodbyes. So goodbye Ronnie, take your wings and fly, to eternal happiness and your reward through the big gates in the sky. Reunited with your Susan. Sleep tight and rest in peace. 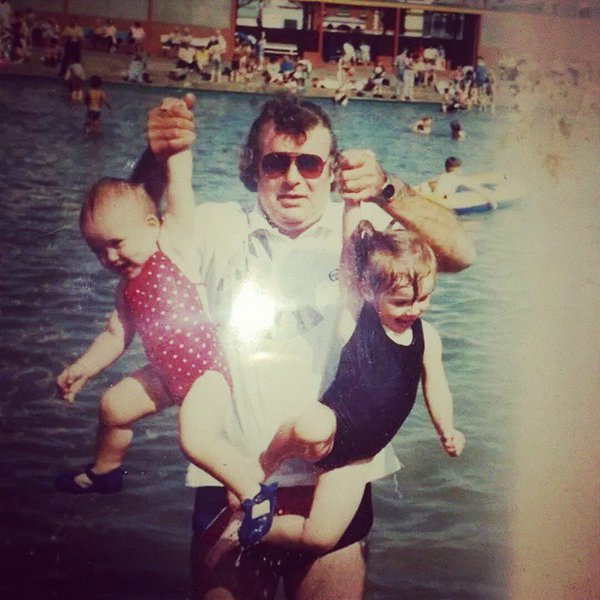 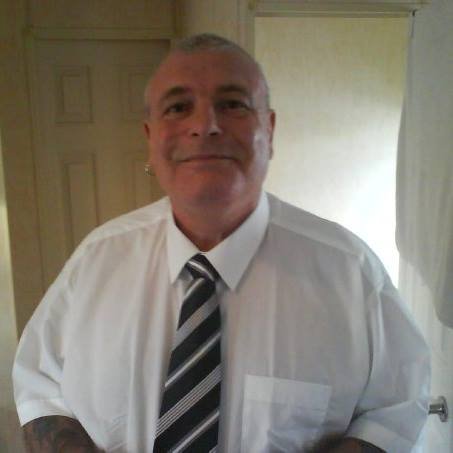