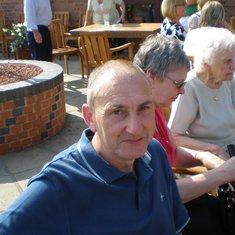 Donate in memory of
BarryLOROS, the Leicestershire and Rutland Hospice

Barry was born in Ratby on 13th July 1948. He was the first child of George and Nellie Seal. He had two older half brothers, Roger and Geoff.

He attended South Charnwood high school. When he left school he worked for the Co-op. In 1968, he started work at Bennett's in Ratby later known as Benlowe where he worked off and on until his retirement.

In 1974 he married Jane Lemmon with their first son, Darren, being born 4 years later.

Barry loved the outdoors and to garden and go walking with his dog. He was a keen sportsman and played both Cricket and Football as well as becoming a local football referee.

Barry passed away early hours of the 2nd September 2014 after a short illness. Words can not express how much he will be missed by not just his family but by all who knew him.

Barry's Funeral Service will be held at Gilroes Crematorium on Friday 12th September at 10am Family Flowers Only, Donations for Loro's can be given. All further enquiries to Abbeyoak Funeral Services Telephone 0116 2515639

In memory of Barry, Love from Joan & Roger x.

Ian and Jenny Reeve donated £20 in memory of Barry

In memory of our first neighbour in Ratby. A great guy.

from the payne family R I P

In loving memory of Barry. from val and jan Markfield rd

When I thought about speaking about my dad, the difficulty I had was not what to say, it was what I would have to leave out, there are so many stories from his catalogue of injuries on holidays to all his different friends, to his football stories, including having a game abandoned and appearing in the Leicester Mercury, to how loved he was by his family. If I miss you out, it doesn’t mean to say you were not thought of Barry its just there are too many people to mention.

Barry was Ratby born and bred. He was the first child of George and Nellie Seal and had two older half brothers, Roger and Geoff. Barry was always committed to his family and would help them whenever he can this is despite being made to wear a kilt when his brother Geoff got married to Vera when dad was only 8 years old. Pictures are available on request. Barry always got on with his brothers wives, with Vera often telling the story of how before they were married the 8 year old Barry would want to get in bed next to her rather than share with his two brothers, this unfortunately meant many a sleepless night as he had a habit of kicking in his sleep. Barry was 16 when his brother Roger married Pat who would recall Barrys cheeky sense of humour and tendency to wind her up.

Barry’s father was a miner and had an interest in keeping fowl, and Barry would become involved in caring for them and later in having an aviary and breeding budgies. This interest was almost reignited in later life when we had to keep an eye on him at Melton farmers Market during a chicken auction! Barry would help after his mum if she was unwell and even when married he called round everyday to make sure she was ok. At lunch time from work he would get a proper dinner and a pudding before getting the same when he went home in the evening!

He attended South Charnwood high school where he found he wasn't necessarily suited for an academic life and it was often noted that he was a bit of a daydreamer. However one area he always seemed to do well in was P.E and mental arithmetic. He was far faster than I could ever been when asked to convert currency or add things in his head and in later years he became a fan of the Suduko puzzle books.

When he left school he worked for the Co-op in different stores in the surrounding area It is here would first meet his future mother In law. In 1968, he started work at Bennett's in Ratby later known as Benlowe where he worked off and on until his retirement. Although officially retired in December 2012, Dad was not working for long periods of time from February 2009. He loved the outdoors and could rarely sit still, he would go and help people with their gardens as well as going for long walks with all his various dogs but its Millie most people see him.

After his brother was married, Barry became an uncle to Karen, Jackie and Julie who would spend as much time with him as they could up to and after he got married. They would even argue who would get to stay with their uncle Barry and Aunty Jane. One of dad’s proudest moments was giving away Julie after the death of his brother Roger.

He was a keen sportsman and played both Cricket and Football where he was a danger to not only the opposition but his own team as well when he went challenging for the ball. Later on he moved from being a player to becoming a local football referee as well as being the treasury of Ratby sport clubs football section. Although he retired as a referee as he got older, he did volunteer his services to his brother in law, Stephen and nephew Thomas by helping run the line for their children’s football team. Along with refereeing Barry also co managed a football team with John Waters where they achieved success by winning their local league. Barry also had played long alley skittles regularly with his future father in law all be it not the best introductions as Barry would often steal his beer.

In 1974 he married Jane and they moved to Lee Rise in Ratby. Barry often remarked it took him a long time to settle until the arrival of the Cadle family who became good friends over the years, playing cricket in the street and going on holiday to Spain with us, along with many other friends. Barry’s best man at the wedding was John Hendry and the two formed what can only be described as a comedy double act, dubbed by mum, amongst others, as odd job and Bodgit. For those who knew them I will let you decide who was which.

Barry struck up a great relationship with his in laws, despite the beer stealing, and would go on holiday for many years with his Elizabeth and Chris, as well as enjoying spending time with more nephews and nieces, Natalie and Andrew, Samantha and Thomas. In later years he would help care for his mother in law Gladys who he had a strong bond with and would go up nearly every day to make sure she was well and to ensure she was looking after herself as well as possible. Getting breakfast and or dinner was a definite bonus for him!

I was born 4 years after my parents got married, and although Dad was busy working very long hours and playing his various sports he always made sure he had time for me. I have lots of memories of going cinema with us going to see what would become one of Dad’s favorite films, back to the future. This continued throughout Dad’s life although it soon became me taking Dad rather than the other way round. Dad was also great with my friends and was often the biggest kid of us all, playing cricket in the street and having to be the one who would retrieve the ball for us, and it is these memories that I will keep with me.

Its not an understatement to say how many people knew and liked Barry. He would make friends with anyone and strike up a conversation with a total stranger. He would help anyone who asked and would always offer a helping hand if he wasn’t. He would help family, friends, neighbours, the local church with any jobs he could. The world would be a better place if more people were like dad. Words cannot express how much he will be missed by not just his family but by all who knew him.

Barry was my right hand man at Ratby Sports Club and will be sadly missed.
We will remember him for his cheeky smile and twinkle in his eye.

Lesley and Brian Snowball donated in memory of Barry

Barry it was a privilige to have known you, such a lovely man and we will miss you so much.

Fly high uncle baz, you will be sadly missed by many
Look after the other special ones in heaven, lots of love Lucy, Michael and Myla x

Barry will be greatly missed, a lovely man, who I feel honoured to have known. Xx

What a lovely man to have known, throughout the years I knew him, he would regularly pass by our house on Markfield road and stop and chat about his beloved Leicester City, always a smile on his face, just an out and out lovely bloke! 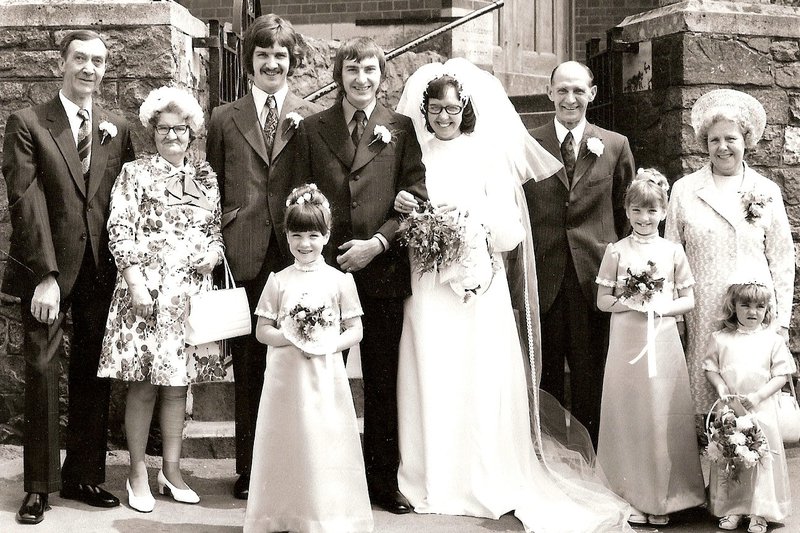 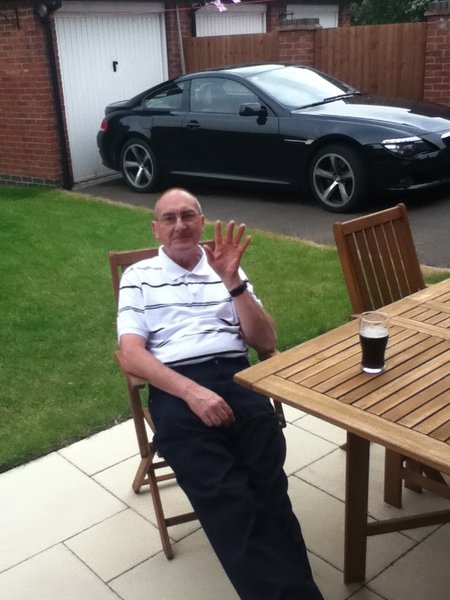 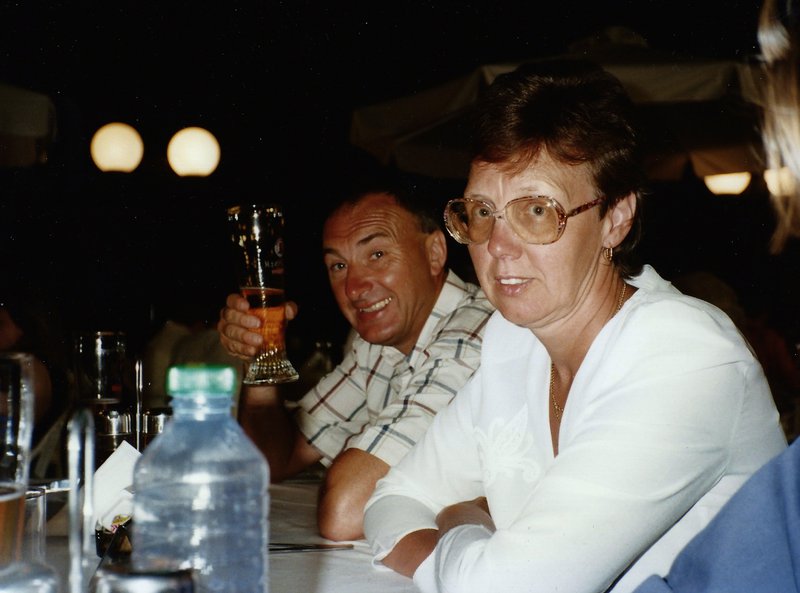 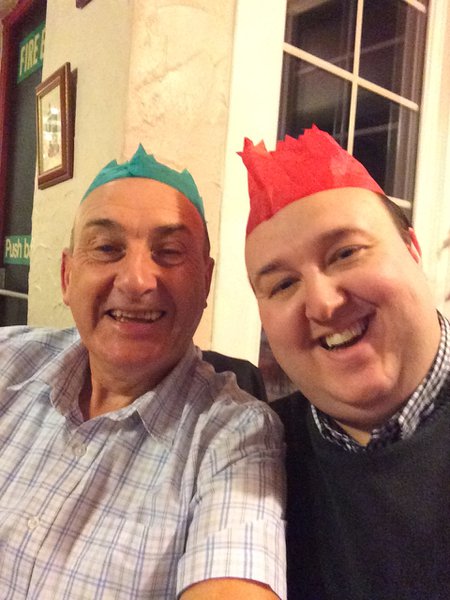 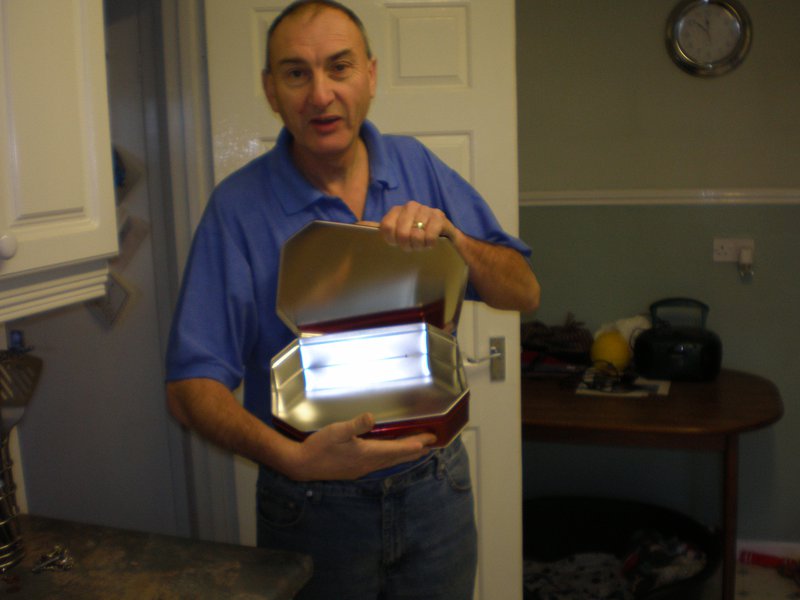 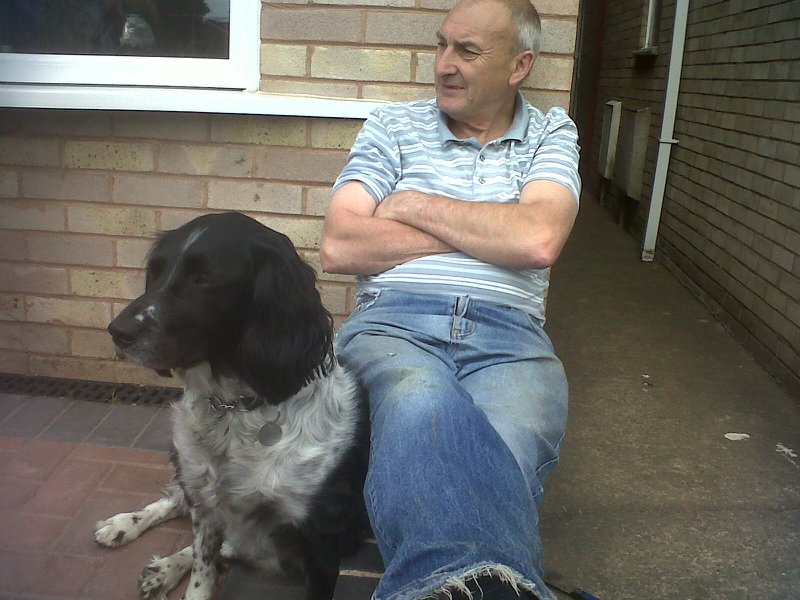 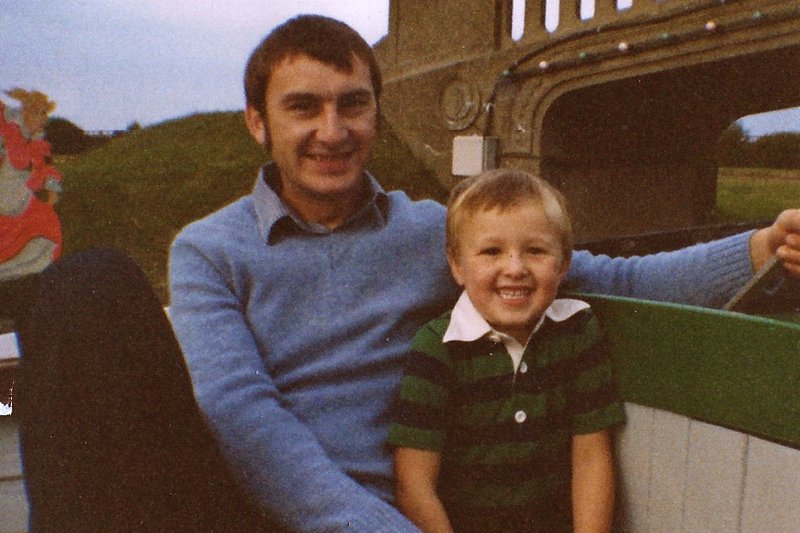