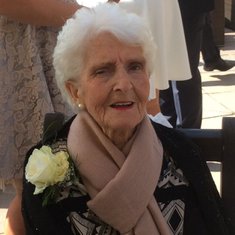 Donate in memory of
IreneLOROS, the Leicestershire and Rutland Hospice

In loving memory of the late Irene Jean Pearson who sadly passed away on 26th August 2014.

Irene was born into the Furborough family, on 28th March 1925 on Rudkin Street in Leicester. She came from a very close family of five girls and one boy. During that era there was not a great amount of wealth, however, what her family were fortunate in was great support amongst them all, loyalty to each other, and the value of sticking together through thick and thin.

As a young girl Irene started out in the hosiery business working for Castleloids as seam linker which was a skilled job. During this time she met her first partner, William Ridge from Croydon London, who was a navigator in Bomber Command. Sadly he never made it through the war, from this relationship Irene gave birth to a son on 11th May 1944. She named him William Stuart Furborough. Both Irene and William had a great support system from both sides of the family, the Furborough's and the Ridge's.

During the first ten years of her sons life, Irene lived in Syston Street sharing a house with her family, and regularly visiting the Ridge's in London.

The next chapter of her life was when she met Federick Pearson. From this relationship she had a daughter born on 1st February 1954. She named her Deborah Jane Pearson. Irene, Fred, William and Deborah moved to Blundell Road, Evington. As a family they stayed in close contact, and the bond between the Ridge's and the Furborough's remained.

As her children grew up, Irene continued to work in the hosiery business. She enjoyed many a time holidaying on the East coast of Norfolk, Hunstanton in their family caravan. During this period, it was a happy time, where she made many friends and would be often seen ballroom dancing in the Club House on site, and walking her beloved dog along the beach.

Irene had many friends that lived local, and would spend Monday evenings at the local Boy's Club enjoying a game of Bingo.

On retiring, they managed to have some quality time together, sadly before Fred passed away in July 2000. When Fred passed, he left Irene with Jenny his beloved boxer dog, who became Irene's best friend. Come rain or shine Irene would be seen on the Arboretum, walking Jenny.

As the years passed by, Irene managed to bounce back from several illnesses and losing loved ones along the way. Sadly on the morning of Tuesday 26th August, Irene joined her loved ones and passed.

Irene was, first and foremost, very dignified in everything she did. She was very generous in heart, caring, loved and loving, fair of mind, and a true giver. She was hardworking and was always appreciative of the people in her life. All these qualities are what made Irene such a special person. As a mother, her children always came first, she would give her children the last hap'penny and go without herself. There were two parts to Irene's life; the first being embraced into the Ridge family as a young mum, and continuing throughout her life this relation ship . The second part were the years she spent with her husband Fred enjoying all the many family gatherings with the Furborough's, who were a much treasured part of her life.

Joan, Shirley, Barbara, Delrina and their families have donated in memory of Aunty Irene.
With love and best wishes from Bill and Deborah xx

Sheila Kirkham and family have donated £20 in memory of Irene.
Many thanks with love and best wishes from Bill and Deborah xx

Thank you autie Irene for all the good times you gave us.

All our love, Jack & Laila

Thank you autie Irene for the hours of pleasure you gave us.

All our love from Jack & Laila

Remembering with great affection and love a dear aunt.
Fond memories of the times I visited her and we went to her weekend caravan in Hunstanton, where she and uncle Fred used to indulge in their love of ballroom dancing at local country club. I was amused at her organisational skills - she worked full time and told me she washed Monday nights, ironed Tuesdays, cleaned upstairs Wednesday and downstairs Thursday ready to set off to Hunstanton on Fridays -phew!
Fond memories also of our late night chats sharing her memories of her time in London in the war with my mum, brother Jack and Billy and of her first love, my uncle Bill.
Mostly I will remember her for what she was: kind,generous,compassionate, a great conversationalist and above all a very classy lady.

In loving memory of a wonderful lady.
Rest in peace Irene

Fond memories
from Roy,Rose,Mark and Caroline

Remembering with great love and affection a very dear aunt 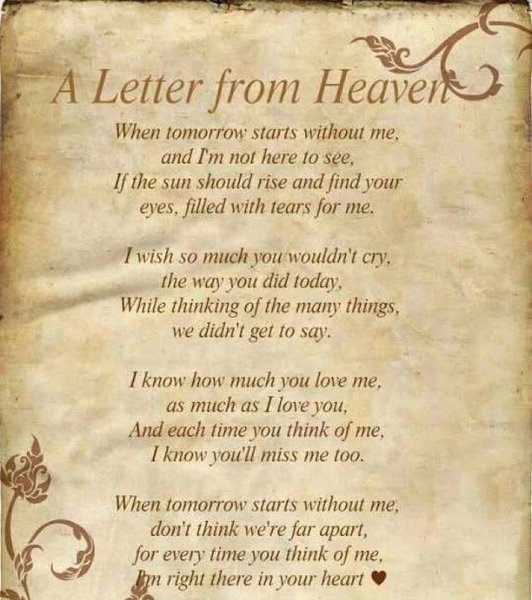 Rest in peace, much love

A lovely selfless lady who put others before herself, a wonderful storey teller and much loved by all who met and knew her.

For you Nan, forever in our hearts
with all our love
Rachael and Andy xxxx 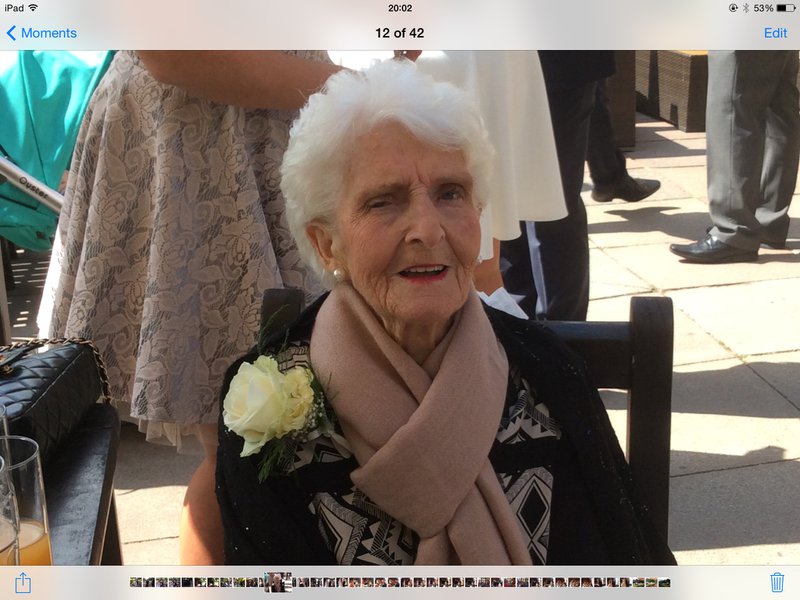