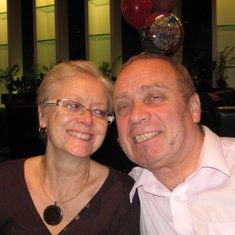 In loving memory of the late Zena Simms who sadly passed away on 22 August 2014.

Zena was born on 2 May 1957 in Kings Heath, Birmingham and was delivered at home by her father Cyril who at that time was a police officer. She was the youngest of 3 children born to Cyril and his wife Joan her siblings being brothers Kevin born 22 August 1947 and Timothy born 17 March 1953.

She started work at Midland Bank, Birmingham New Street branch when she was 17 and it was there that she met her lifelong friend Maria.

In 1979 she met her husband Derek while they were both working in High Wycombe and coincidentally staying at the same hotel. Zena was a big fan of Liverpool FC and was a season ticket holder. Her other big love during the mid seventies was the band Roxy Music.

Zena and Derek were married on 2 July 1982 and lived in Sutton Coldfield for 14 years. In 1996 Zena was offered voluntary redundancy from the bank. Derek left his job also, they sold their house and embarked on a 6 month trip around Spain in their 1972 VW Camper. This was followed by a period running a bar in Spain and working for Eurocamp on a campsite in the French Pyrenees. They returned to the UK in 2002 after 6 very happy years and set up home in Harborne.

In 2003 Zena started in a permanent position at GOWM working on the ERDF team. This work was transferred to AWM and subsequently to DCLG in St Philip's Place in Birmingham City Centre.

Since 2011 Zena has been battling against Cancer. Twice she beat it and was starting to plan retirement but she was struck down again this year and was unable to overcome it. She is at last free from her pain which has been almost unbearable for some months.

During her life both in and out of work Zena made many friends and will be sadly missed. Those that have known Zena however will never forget her.

1 year on since I said goodbye to my beautiful Zena. I wish you were still with us but feel privileged to have had you as a step-mum, best friend and drinking partner for 35 years of my life. I will be raising a glass to you today.......Hope you're enjoying a large Pinot in heaven. Miss you and love you always xxxxxxx

I only found out yesterday that you had passed away . We lived 4 doors away from each other and grew up together. I loved the times we spent together taking our dolls for walks in their prams and making up rude songs about people we didn't like! I remember your little black dog and trips out together. You loved TRex and Marc Bolan and were heartbroken when he died. Then your affections moved onto Roxy Music and Brian Ferry. You and Chrissie spent all your holidays going around the country to see them. Sadly over the last few years we lost contact. I so wish I could have seen you again. Sleep tight my first best friend. Love Diane Nightingale xxx

In loving memory of my first best friend

I was so sad to hear of Zena's death. We lived 4 houses away from each other and grew up together. Zena was my first best friend. We spent so many happy hours together playing and walking our dolls around in their prams and making up rude songs about anyone we didn't like!!!! I remember Zena's obsession with T Rex and Marc Bolan and then later her love for Roxy Music. We lost touch in recent years and I am so sorry I didn't have chance to see her again. My love to Derek and Tim and Kev

Zena's sense of fun and of being full of life seemed endless, which made seeing her always an occasion to look forward to. She set an example of how to stay young whilst the years go by. She was a wonderful woman and a wonderful aunt; and I miss her very much.

Sincere condolences to Derek and family.
I hope this little donation will help others to receive the same support that you said you have had during her passing away. I am sorry for your loss. Keep in touch Derek

(I didn't look for a card to send you -because they're all sh.te aren't they!?)

I have always loved you.

And I will always love you.

You always made me smile.

And you always told me when I was being a twat!

I'm not sorry for putting those two dead Ferrets in bed with you.

Or for 'blacking out' Bryan Ferry's teeth on that poster on your bedroom wall.

We should have been at 'Guitars on the Beach' last weekend - just like last year - but we're not.
(Which makes last year so much more enjoyable by the way)

I know that you're in Heaven now with Mom and Dad - say 'Hello' to them for me.

I hope that I will think about you every day - if I don't, just 'tap me on the shoulder'.

What I will miss most of all is you just opening your front door, smiling, and saying 'Hello'.

When my time comes I trust in God that I will see you again.

You are just that beautiful ray of sunshine that has been taken from all of us.

I love you so much.

PS: Liverpool are drawing 0-0 against some crap Bulgarian side at the moment - but I suppose you know that already!

Love from Jennifer and Kevin

Such a beautiful lady who will be sadly missed by all.

Our thoughts are with Derek and their family.

Now at peace but taken too soon

In memory of my beautiful little sister.
I will always love you and I will never, ever forget you.
xx

Deepest condolences to Derek and family.
Will always remember Zena for sense of mischief and fun and for storming stage at Symphony Hall to hug Roy Wood!

It is with a heavy heart that I say goodbye to a truly wonderful person and friend.

Zena and I started work together on the ERDF Team back in 2003 and during those 11 years we have laughed together, cried together and got bitter together. I will always have such fond memories of Zena and she will be greatly missed; it just won't be the same without her.

My heartfelt condolences to Derek and Zena's family; you are in my thoughts and I wish you peace to bring comfort, courage to face the days ahead and loving memories to forever hold in your hearts.

Zena, you were such fun to be with and a great friend. I wish it were possible to turn back time and enjoy our Roxy times all over again. You went far too soon . RIP

In loving memory of a very special friend.

Thank you Zena for some very happy memories .

In memory of such a beautiful person, inside and out. It was always a delight to meet up with Zena, as she was always so full of fun, but, oh so caring.
Fond memories always.
So sad for Derek and families loss. She will be forever in our thoughts and hearts.
Bernard & Eileen xx

Our friendship was formed almost 40 years ago while working on Eric Ryland’s “Remittance Floor at Midland Bank. New Street” in the days when there was a lot of laughter and time for carrying out workplace pranks.

Over the years we have celebrated good news and events, provided emotional support and cried over sad news and tragic events and attributed our enquiring youthful minds to many of the outrageous experiences we have all shared.

Your sudden loss has found us reliving many memories resulting in a lot of tears but loads of laughter.

When we waved you, Derek and the VW Campervan off for a six month adventure little did we realise it would take 6 years before you settled back in the UK.
The letters you sent and hearing you talk about your adventures during that time painted an idyllic lifestyle but it was obvious on your permanent return to the UK that Spain and all things Spanish had taken a firm hold on your heart.

During your short life you and Derek shared a life full of adventure and experiences many people will never get to enjoy or have the courage to go and do them.

It is very sad that you will not get to fulfil your plans for spending a lot more time in Spain with Derek during retirement.

Without any doubt we can say that after meeting Derek and Emma they both became your No 1 priority in life (and it seems also in death).

Peace for you at last goodbye and god bless 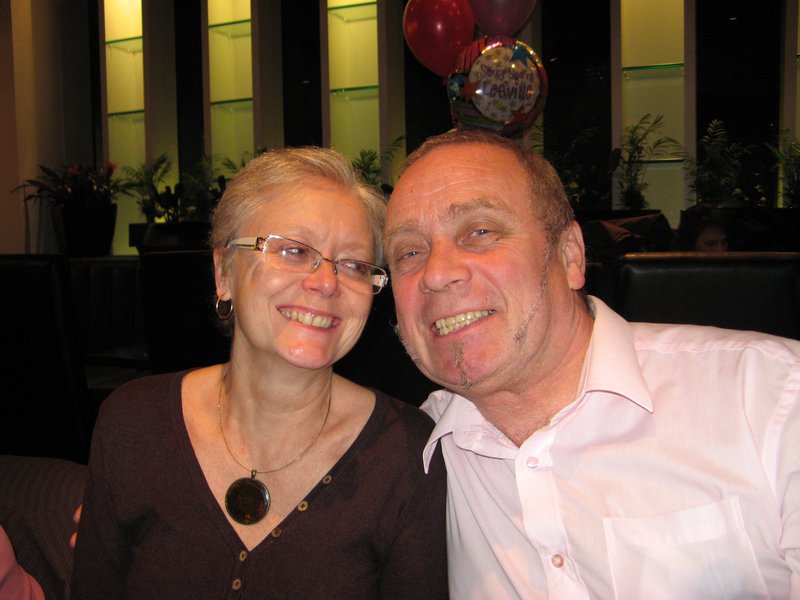