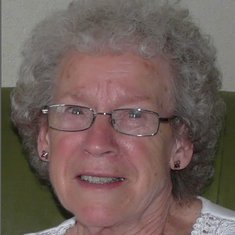 Donate in memory of
BerthaNSPCC

In loving memory of the late Bertha Jean (Betty) Mabbott who sadly passed away on 24th July 2014. Beloved mother of Kathryn, grandmother of Sarah and mother in law of Alan. Passed away suddenly at Kingsmill Hospital aged 86.
Resident of Rose Lodge Care Home, Sutton Road, Mansfield for the past seven months. Mrs. Mabbott was cremated at Mansfield Crematorium after a service at St. Edmund's church, Mansfield Woodhouse.

Born at Rufford, Nottinghamshire and was educated at Rufford school and Whinney Lane, Ollerton.
Aged 17, Betty went to work in London as a housekeeper returning two years later.
She then worked as a housekeeper for a family in Mansfield Woodhouse where she met her husband Reg, a painter and decorator. They were married at St. Peter and St. Paul, Warsop in 1948.
They moved to Woodland Grove in 1964 where Betty remained until 2000 when she moved to her bungalow on Eather Avenue.
Betty returned to work briefly from 1964-1966 at the Co-op bakery.

Betty became a widow in January 1989 after Reg passed away. She was devastated and never really recovered.

Betty loved to be around children and was overjoyed to become a grandmother.

In her earlier life she enjoyed baking and knitting, then later, jigsaws and word searches. More recently Betty enjoyed going to the day centre run by Age uk. She enjoyed her holidays in Germany, Austria, Spain and Greece with Reg after his retirement. For a few years after Reg’s death she carried on with her holidays in Spain and Greece with her friends.

Floral tributes from immediate family and Rose Lodge care home. Donations received in lieu of flowers were for Age UK.
The service was conducted by the Rev. J. Dewhirst, and arrangements by A. W. Lymn.

We can only echo the words of Elaine & Barry. A great couple who'll be sadly missed. Pat & Malc. xxxxx

Malc & I had only known Betty & Reg since 1964 and since then we've all had some great times together & some 'memorable' parties. They were a lovely couple and produced a loving daughter & grand daughter, both of whom we've had the pleasure of knowing since they were born (& hopefully for a good few years to come.) Reg has been sadly missed for a good few years, as Betty is now. God bless you both. Pat & Malc xxxxx

I had the pleasure of looking after Sarah when she was a little girl and smaller than me! Betty would sometimes bring Sarah to my house and sometimes collect her too.We would spend a few minutes chatting in my kitchen. She was always smiling and very friendly. I remember that she always carried a big shopping bag. Sarah was devoted to her. I'm not convinced that she approved of me at first and Sarah was not always keen to leave her. Over the months Sarah came out of her shell and we had lovely times together. I guess Sarah and Betty had some good long chats about what Sarah had done, places she had been and who she had played with whilst in my care. Betty would tell me when we next met in my kitchen what Sarah had told her. I feel that we appreciated and respected each other. Betty a lovely lady who adored her granddaughter (and my niece) and I'm pleased that I had the pleasure of meeting. Love Sharon xxxxxx

Plenty of happy memories of both Aunty Betty and Uncle Reg such a wonderful couple, often speak of them both, lots of love xx 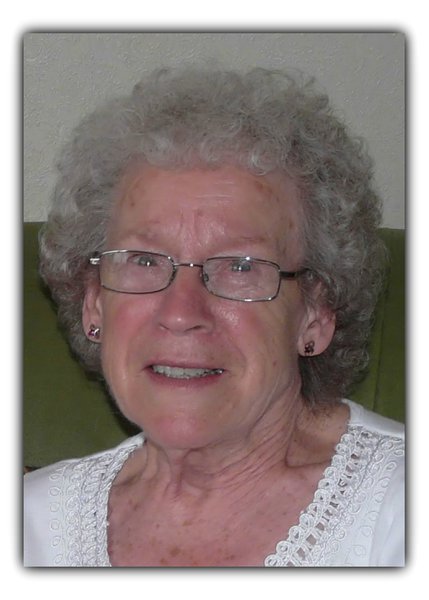