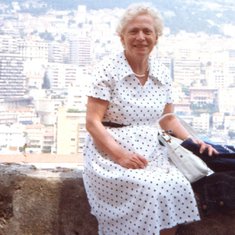 I supplied as an international priest from Nigeria in Our Lady of Assumption, Northfleet, in 2012, and 2013. I came around this year 2014, just to be told that Mrs. Sylva is late. I was shocked. Mrs. Sylva as old as she was, never miss Mass and very punctual, very lively and devoted. Now that you have joined the host of saints in heaven, may God grant you eternal rest. REST IN PEACE SYLVA

As requested, here is Christopher's eulogy.


The sounds of a baby crying filled the house close to midnight on the 10th February 1930, at 9, Pollard Road, Wavertree Liverpool, as Sylvia, the sixth daughter of Harold and Elsie Lucas was born. Being baptised brought her into a faith she held very close to her throughout her life, and a whole liturgy can be given to her commitment to the church.

Being the youngest of five close sisters, meant that she had the support of them all in different ways which, as she would say, gave her a head start in life. Life at Pollard Road by all accounts was one of everyone knowing each other, and mum had a memory for remembering nigh on all the neighbours’ names.

Harold, her father was sacristan at Christ the King Church, Queens Drive, where mum often used to clean the brasses and help with the cleaning. This is where she met Father Macaulay, the local parish priest who introduced her to poetry at the age of four, which became a love of her life. He also gave her many books such as works by Edgar Allan Poe, ‘A Dream within a Dream’ and Wordsworth’s ‘Daffodils’, were to set her off in a world of literature which would last a lifetime. Black Beauty was her first book which she had devoured by the age of five.

Her devotion to the church in later years, involved her in many realms from being a reader, to counting the collections, washing the church cloths, altering albs, being an integral member of the UCM.

This did not go unnoticed and 3 years ago she was honoured in receiving the medal conferred by the Pope, The Benemerenti. Even in the last weeks of her life she was concerned the Church Purples were correctly numbered and one piece had yet to be finished.

Mum was recognised and valued for her support too, towards the local school and was a valuable member of the PTA. She supported many parents, or even grandparents of today, in teaching them the art of reading, writing, and pronunciation again passing on her love of English and of education.

Mum’s childhood was happy and contented; though interrupted by the sound of the nightly air raids over Liverpool during the war. At the age of 15 Mum joined the Air Corps, and went to the local Youth Club, the Guild of St Agnes. Cycling to Southport, playing in Calderstone’s park, playing cards, doing jigsaws, listening to her father play the mandolin and helping him with crosswords, all these things were signs of where this adventurous, inquisitive mind would take her later on in life.

A life in The Senior Service beckoned, and this is where her romance with Fred, began. The Navy with all its tradition and attention to detail epitomised how mum was. If a job was worth doing it was worth doing well was her mantra.
After leaving school, going on to the school of commerce in Liverpool, she soon took on her first job working in the accounts dept at Crawford’s as a shorthand typist. Just 2 and half years after leaving Notre Dame Mount Pleasant School, mum enlisted for the Wrens. After initial training in Petersfield, mum was posted to the Admiralty in Whitehall and worked there in radio tele-printing.

In 1951, mum set off on her adventure, embarking on the SS Devonshire, heading for the Suez Canal Zone, Egypt. There she was based in Fayed as a wireless telegraphist, and was made up to leading Wren, going on to pass exams to become a Petty Officer. In Fayed and Port Said she played an integral part in decoding, and communications, at a time of crisis after the toppling of King Farouk.
In 1952, Fred came on the scene; he was on hand to fix the teleprinters if they broke down. Often they would share shifts and on one occasion, in the Christmas of that year, she became squiffy as a result of dad plying her with rum whilst on shift. She completed her shift right as rain, went to her sleeping quarters, and promptly fell asleep. This was her first and only time she would say she was tight.

Mum’s shyness made her slow to court with dad however, in 1953 romance started to bloom, and by the Feb of that year dad and mum were engaged, with their marriage here in this church. On a bitterly cold late February day in 1956 they sealed their union, which was only to be broken some 39 years on, when dad sadly died. Mum however, drew strength from her faith and her family and was able to carry on.

Mum was never one to sit idly by. Often she would be absorbed in reading numerous books by Agatha Christie, Alistair Maclean, and Fredrick Forsyth to name but a few of her favourite authors. Cross Stitch, embroidery, dress making and knitting were great hobbies to her. Often we as children wore distinctive knitted jumpers, as a mark of her prowess with the needles. Mum would also often knit creations for the wider family.

Mum was a skilled shorthand typist, and decoder in many aspects of her life, not just work. Her abilities were often pitted against the brains of the compilers of The Times and Telegraph crosswords. Not only that, but many a time she was at the helm in quizzes; with her on board at least the RNA could boast a few victories over other worthy opponents, fundraising to support the local charities like the sea cadets along the way.

Her thirst for knowledge and trivia were insatiable. She swept up trivia and pieces of knowledge like a hoover. Codewords and the glorious use of our beautiful English language were paramount in her life though numbers were not quite the same. Countdown, Fifteen to One, University Challenge and other quiz programmes stoked and perpetuated this thirst.

Mum returned to these shores, in 1954 where she worked and saved, supported by the wider Cousins family and friends, until dad returned some 18 months later. After marrying dad, they set up home, initially with their friends Laurie and Gladys, above their shop in Wood Street. Later though they secured a piece of land and went on to build their own bungalow together. Slowly it came together and they moved in some 8 weeks after the first stones were laid in April 1958. It became the bedrock of gatherings and celebrations in years to come.

Mum was often one to take a back seat, shy and reserved in many respects, but someone who would work earnestly behind the scenes in whatever capacity life took her in. In the building of the bungalow she was the accounts clerk, purchaser and co coordinator. Within the church, as from a young girl, she was one to help out, and this is where her faith played a large part in her life. Anyone who knew her amongst her church friends would say she supported the church, and stood helpful to every priest who came to serve in this church here in Northfleet.

Her dedication and attention to detail, and things being organised and right, served her well in her life. Mum was reluctantly nominated to be Secretary of the Dartford Branch of the RNA, but it was a role that she took up with commitment.
For 17 years, she served until she chose to retire and pass on the baton just 7 years ago. During her time she helped organise Royal Marine Band Concerts, and represented the branch at conference around the country. I’m sure all of you here from the branch hold fond memories, and remember her commitment to the branch and to her fellow shipmates.

Mum was known by many as a friend; a person of good intentions, who always saw positive in others and gave encouragement, belief and support to many. Mum showed what inner strength she had following the loss of Philip, her first child and latterly the tragedies of the loss of Patricia and dear Martin.

Her strength to carry on was an inspiration to others. Her family meant a lot to her, and she loved them all. As we boys grew up, and in turn went on to have our own families, Mum held her 8 grandchildren close to her heart, and always wanted for the best for us all.

We are now all left with memories which will inspire us in our own futures. We in the years to come will reflect on what mum would have said, and how she would have acted. We will hear those words echo in our ears. We will feel her continuing love, and her values within our children, her friends, and family, and I would imagine most of us here, will leave this church knowing that we as individuals have been blessed in having her as part of our lives.

As mum would say in life, ’so long as you do you do your best in whatever you do, that is all that can be expected’. If we here, are able to live our lives, and in so doing commit to this, I guess we will not be going far wrong... and the values, legacy and memory of our dear mum will live on.

I've just sent two cheques to the Royal Naval Benevolent Trust, one for £88 from the donations left at the back of the church after the funeral, the other from the family of mum's brother-in-law, Jack. Thank you to everyone who who contributed to these or any other donations.

Peggy and some other people were unable to hear the Eulogy for Sylvia in the church and wondered if you could put a copy online. I can then print it off and drop it round to her.
It was a lovely service, I think Sylvia would have been overwhelmed with the amount of support she received on the day. God bless you and your family.
kind regards
David 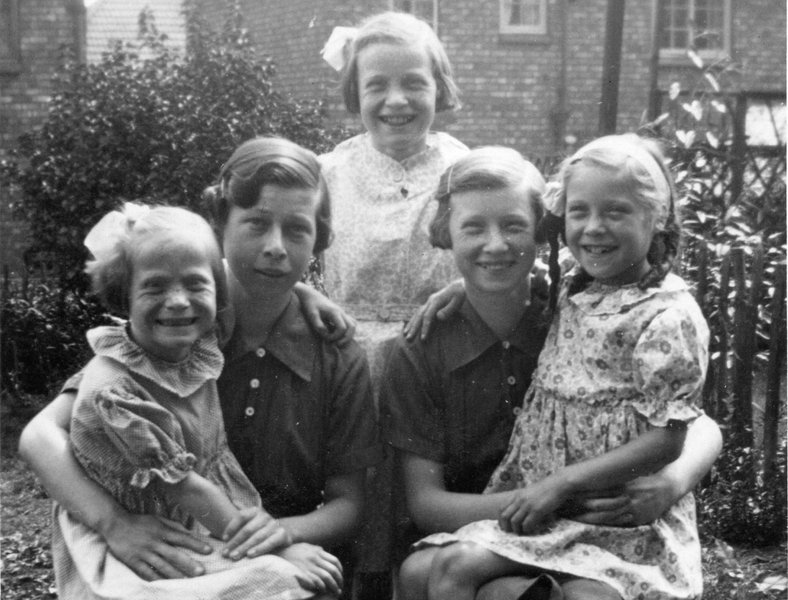 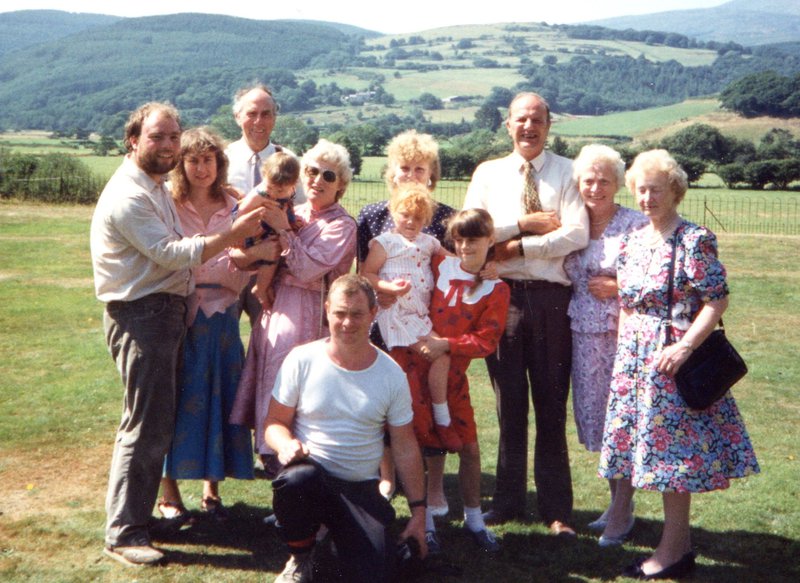 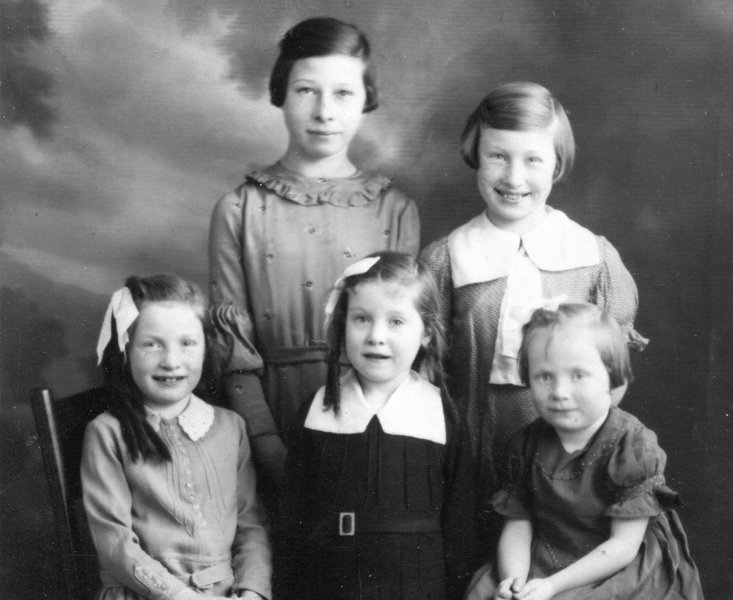 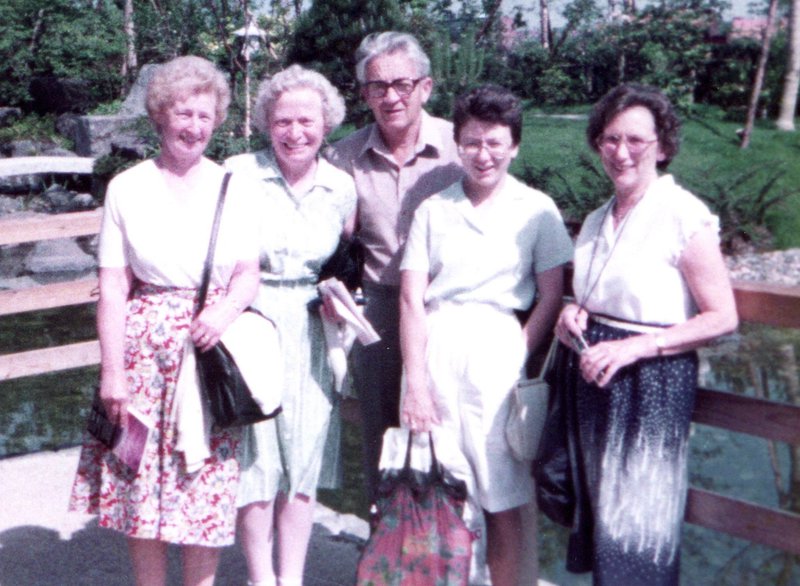 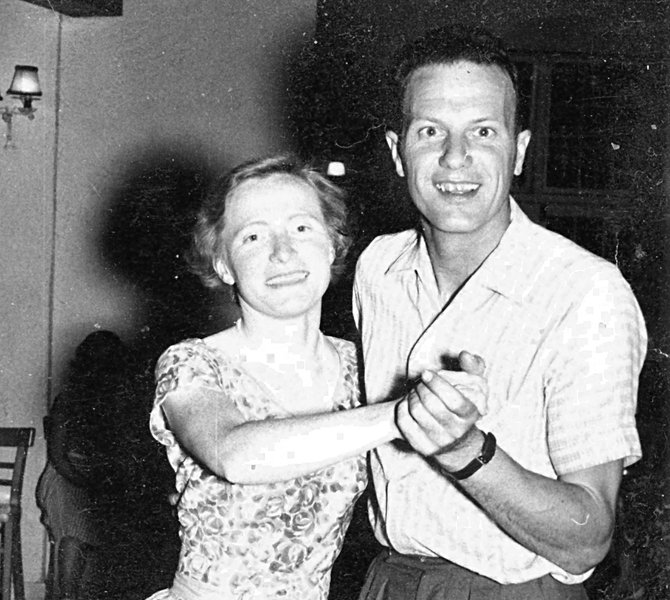 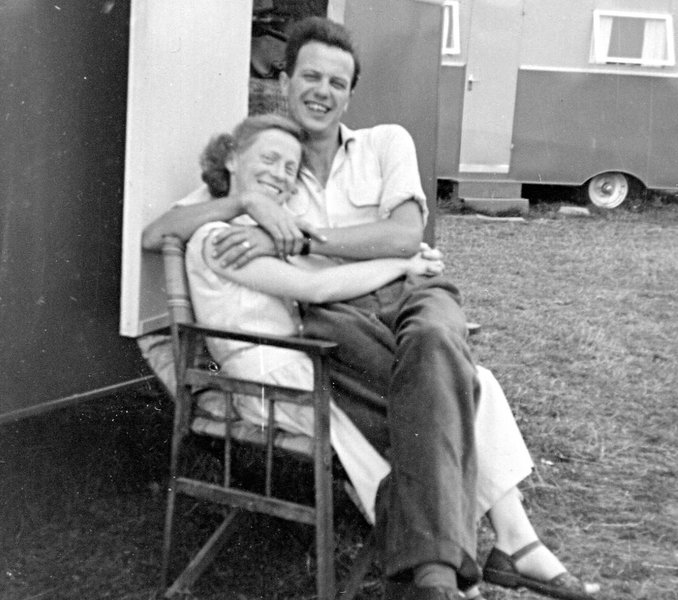 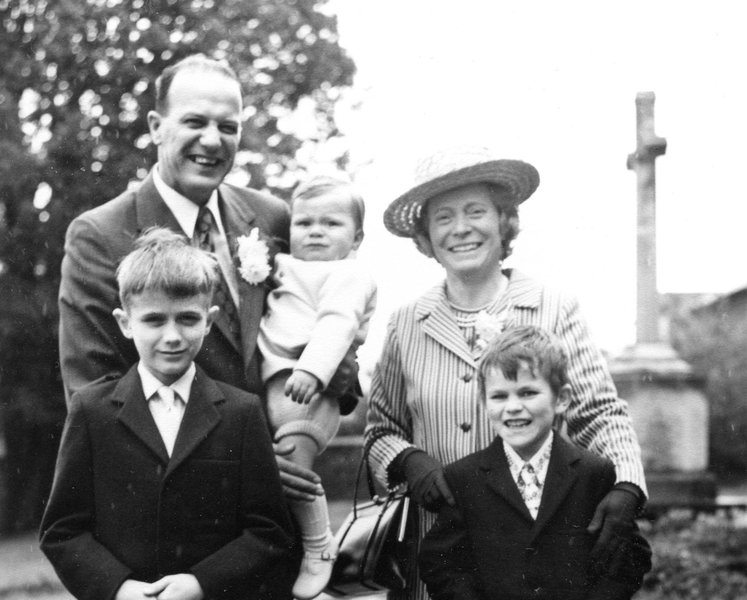 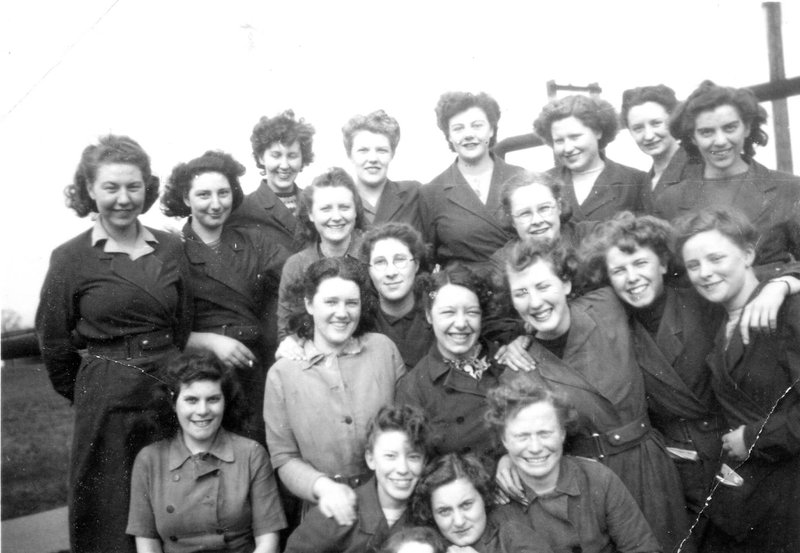 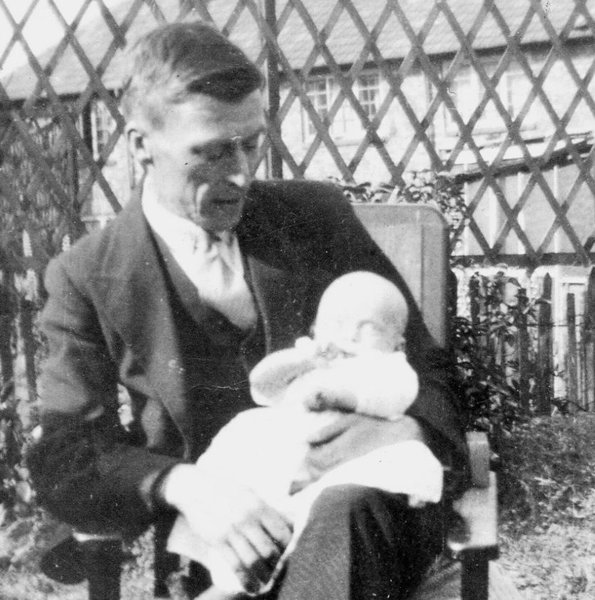 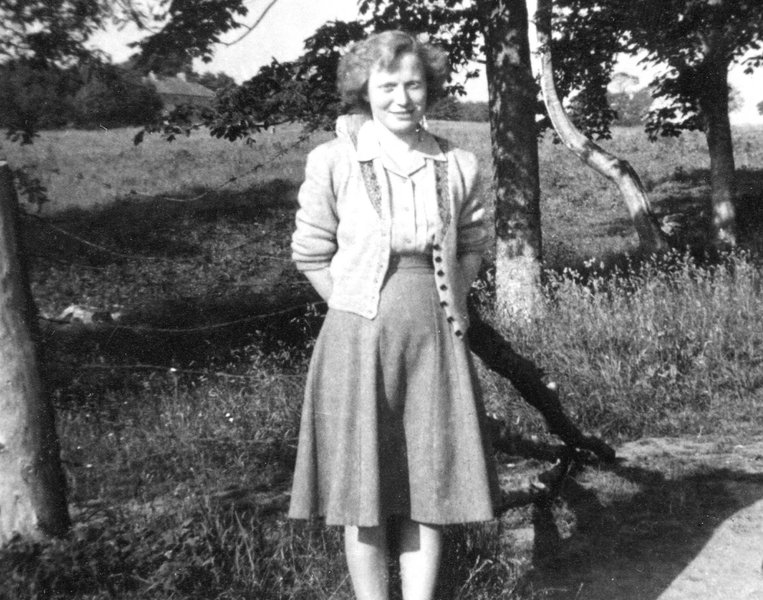 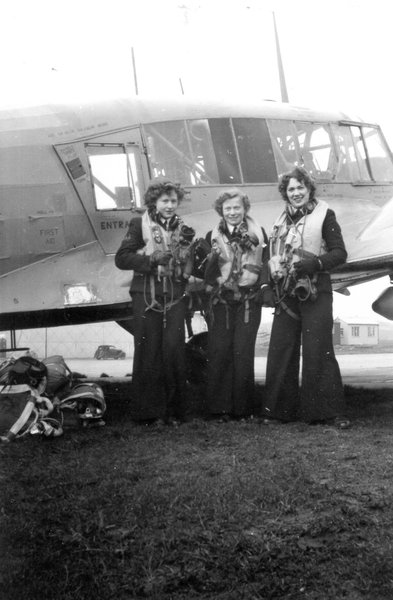 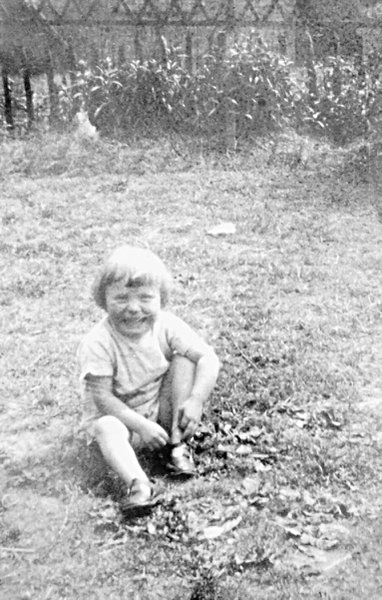 Grandma,
There are so many memories that I have of times spent with you, and in those times you put a smile on my face. You helped me with my struggles. You understood what was happening to me. God bless you Grandma, I will miss you...Love Harry xx 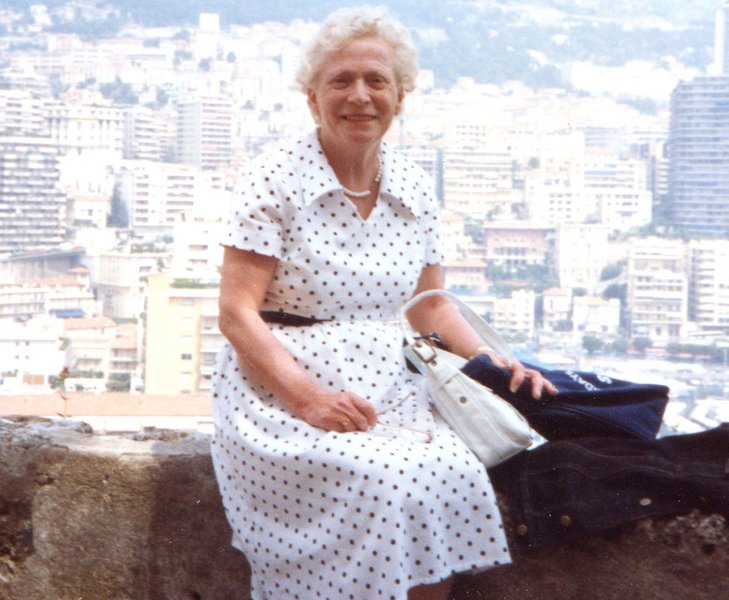