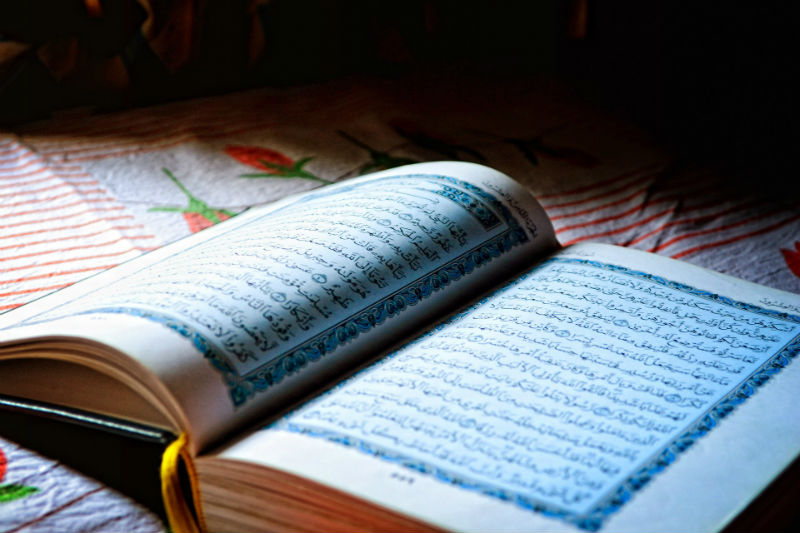 Most Muslims believe that the good deeds they do in life will be rewarded with entry into Paradise on the Day of Judgement, which is when the world will end. On this day, they believe that the dead will rise and will either live in peace in Paradise or suffer in Hell.

Although this is a common belief among Muslims, there are many different sects within Islam, so the rituals and beliefs may vary between each.

The Islamic faith has quite firm guidelines regarding funeral services and how long after death a Muslim is buried. Islamic funeral arrangements begin immediately after the death of a loved one, since according to Islamic law, they must be buried as soon as possible.

Families will usually contact a local Islamic organisation so they can help with the planning of the funeral, as well as choosing a local funeral director with experience arranging a Muslim funeral.

Generally, organ donation is allowed in Islam. However, autopsies are seen as a desecration and are not accepted by Islamic law, although they may still be a legal requirement in the UK.

Cremation is also prohibited, whereas embalming is accepted on occasion.

What happens before a Muslim funeral?

The preparation before an Islamic funeral consists of two rituals called Ghusl and Kafan.

The Kafan involves the covering and wrapping of the person with large simple sheets, one on top of the other. The material and colour of the cloth may vary according to regional customs, but men typically get buried with three sheets, whereas women are buried with five.

The person is placed on top of the sheets, with females traditionally being dressed in an ankle-length sleeveless dress and a head veil as well. The person is then wrapped in the material and secured with rope before being transported to the mosque.

Since Islamic law states that a person should be buried as soon as possible, usually no viewing takes place before a Muslim funeral service.

In general most Islamic funerals follow a traditional running order. Firstly, mourners will congregate in the courtyard, prayer room or study room of the mosque and recite Islamic funeral prayers.

How long does a Muslim funeral last?

How long a Muslim funeral is can depend on the sect of Islam that a person belonged to, the location of their funeral, and the wishes of the family.

Muslim funeral rites are led by an Islamic leader, known as an imam, and usually last from 30 to 60 minutes, although can last longer. Besides funeral prayers, you can expect the service to include several readings from the Quran.

During the prayers, everyone must face towards Mecca and form at least three rows, with the closest male relative in the first row. Behind him the other male mourners, children and then women will assemble.

After an Islamic funeral, following the completion of the funeral prayers, the congregation will line up in rows and pass the coffin from shoulder to shoulder towards the gravesite for burial. Non-Muslim mourners should keep at a respectful distance to allow the coffin to be carried.

In the Islamic tradition, only men are allowed to attend the burial, although some Muslim communities also allow women to be present. For a Muslim burial, the grave should be perpendicular to Mecca, the Islamic holy city, with the person placed on their right side facing Mecca. While the person is being placed into the grave, mourners recite a prayer.

Wood and stones are placed on top so that the soil does not come into direct contact with the person. The imam may recite another prayer, and each mourner will then throw a handful of soil into the grave.

What happens after a Muslim funeral?

Traditionally, the family will gather in their home and receive guests after a Muslim funeral. Usually the community provides food for the bereaved for the first three days after the funeral.

The mourning period lasts for 40 days, but can often vary depending on the family. Traditionally, the period of mourning for widows is even longer – four months and ten days – in which they are forbidden to interact with men who they could potentially marry.

If you are attending an Islamic funeral and you are not a Muslim, it is important to be aware of Muslim funeral customs for non-Muslims. For example, the Islamic funeral prayer should be recited only by members of the Muslim faith, though respectful observers are welcome.

What should you wear to a Muslim funeral?

Both men and women are expected to dress modestly, so bear that in mind when deciding what to wear to an Islamic funeral. For men this usually means a shirt and trousers. Women should wear ankle length skirts, long-sleeved high-neck tops and a headscarf, and be sure that no clothing is tight or see-through.

Also be aware that shoes must be removed to enter the prayer hall of a mosque. Therefore you may want to wear presentable socks, tights or stockings.