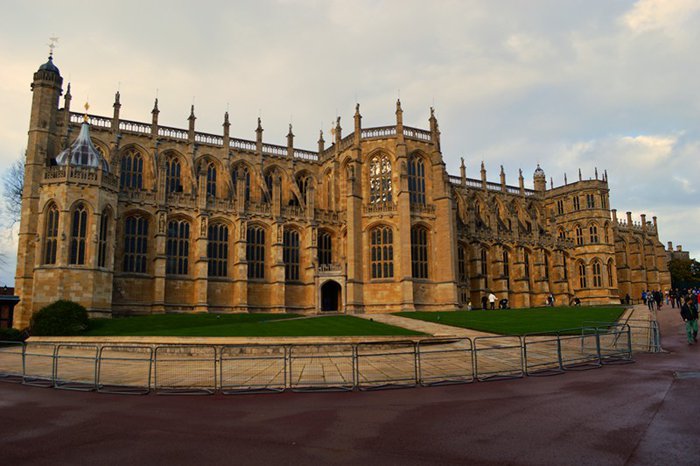 The kings and queens of the British Royal Family are not buried in a single site. The graves of some, such as Alfred the Great, are unknown. The majority of modern royals, however, are buried in St. George’s Chapel, including the Royal Vault, in Windsor, or the nearby Royal Burial Ground at Frogmore House.

Who is buried in St. George’s Chapel? 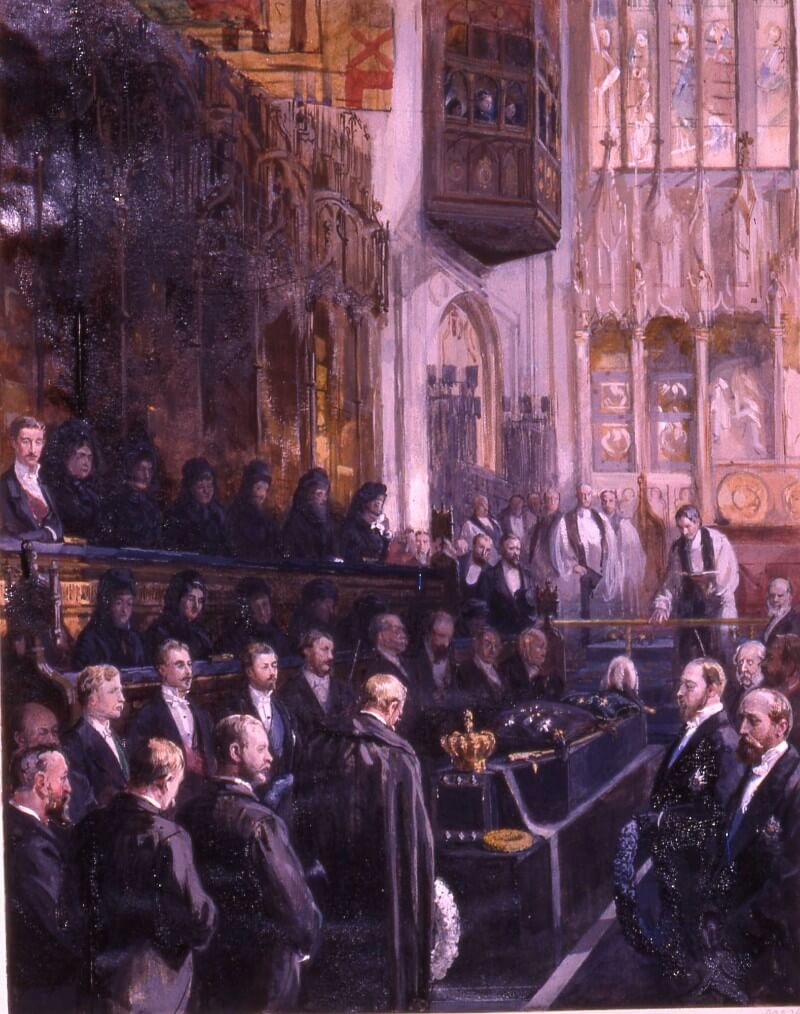 Illustration by Sydney Prior Hall, Royal Collection, on Wikimedia Commons

Since its construction in the 15th century many royals have been buried in St. George’s Chapel. The tombs of King Henry VIII and Charles I are in the Quire. Edward IV, Henry VII, and Queen Alexandra are buried in the Quire Aisles.

Edward VII, George V and George VI were originally buried in the Royal Vault, but their bodies were moved to tombs in the chapel itself a few years after their deaths. 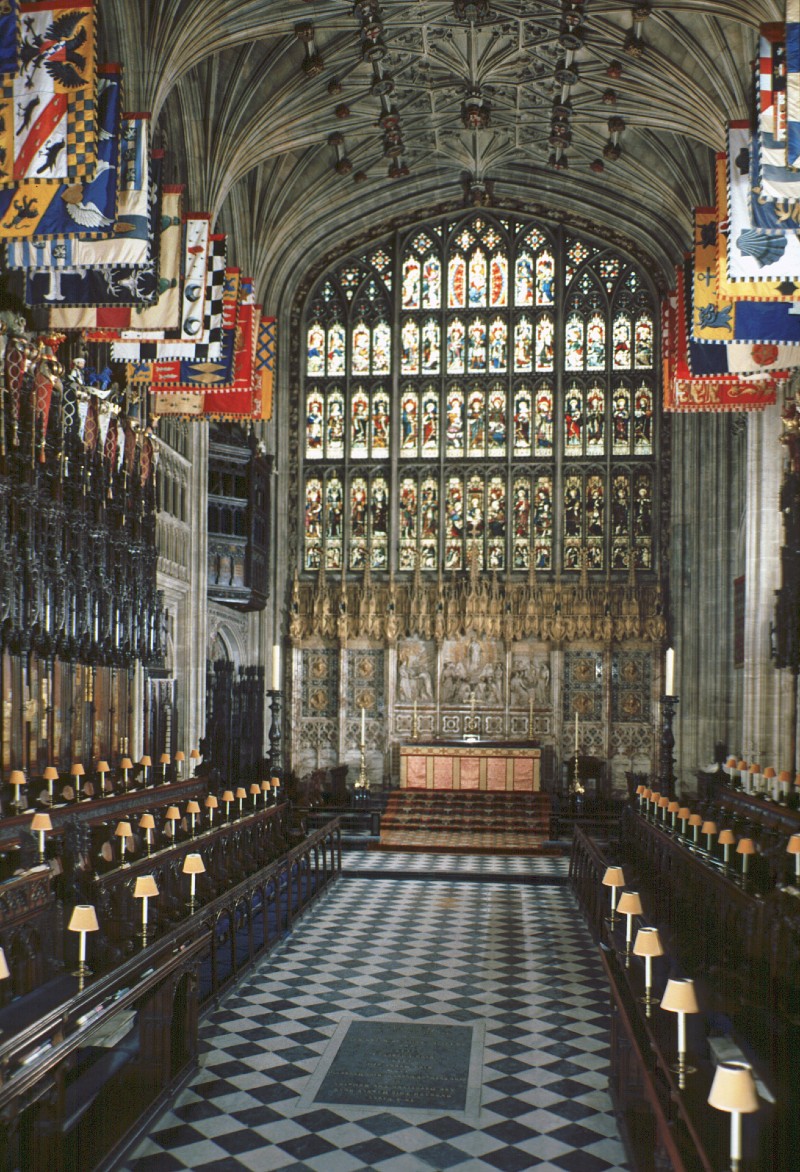 King George VI’s body was moved into a specially constructed annex of the chapel, the King George VI Memorial Chapel, in 1969.

It is widely assumed that on her death, the Queen will also be buried in St. George’s Chapel.

What is the Royal Vault?

The Royal Vault is a burial chamber beneath St. George’s Chapel in Windsor, that was excavated between 1804 and 1810 on the instruction of King George III. The first interment was in a temporary vault near the entrance in 1810, for Princess Amelia, youngest daughter of the king. Since then the tombs of many other kings and queens of the United Kingdom, and several other notable royals, have been buried in the Royal Vault. 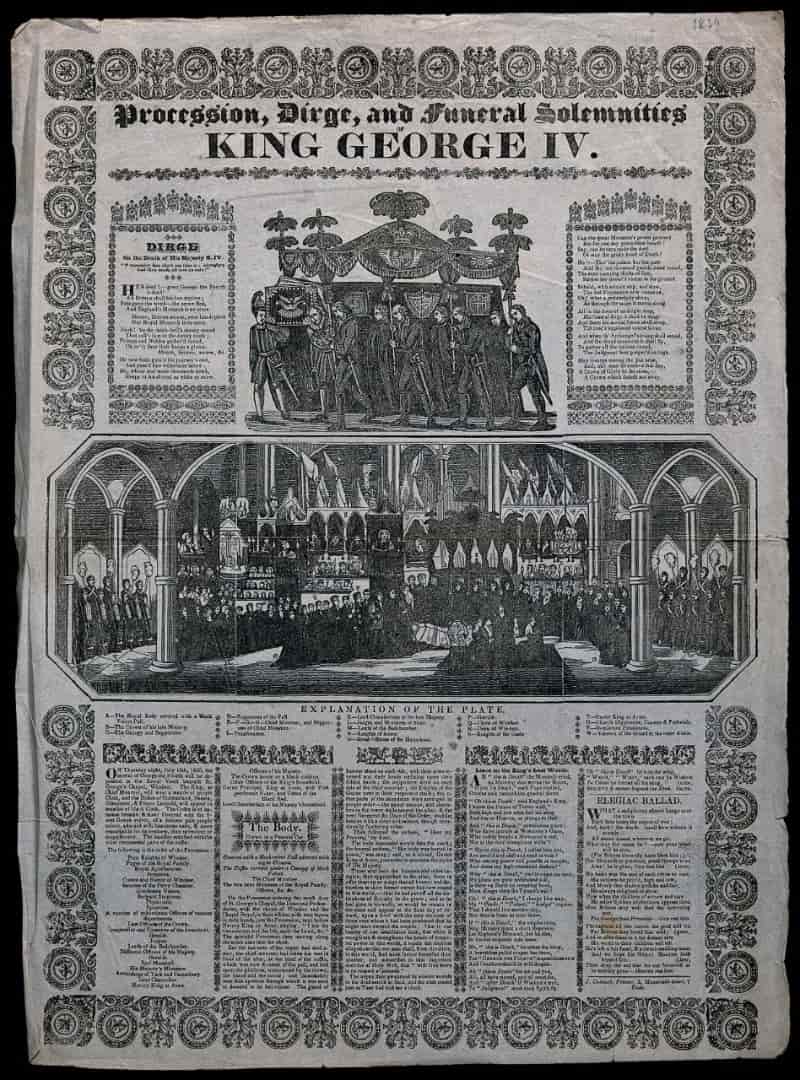 Burial in the Royal Vault has become much less common because of space constraints. Since the 1930s burial of senior members of the Royal Family in St. George’s Chapel was resumed and junior members were interred in the Royal Burial Ground at Frogmore House.

The last burial in the Royal Vault was Princess Andrew, the mother of Prince Philip, the Duke of Edinburgh, in 1969, but her body was transferred to Jerusalem in 1988. As well as George V and George VI some other senior royals, such as Queen Mary, were also transferred to St. George’s Chapel.

The most recent burial that remains in the Royal Vault is Princess Frederika of Hanover, who was interred in 1926. She was a great-granddaughter of George III, who originally ordered the construction of the vault 122 years earlier.

Traditionally, when someone was buried in the Royal Vault the coffin was lowered into it through a special opening in the floor of St. George’s Chapel during their funeral. 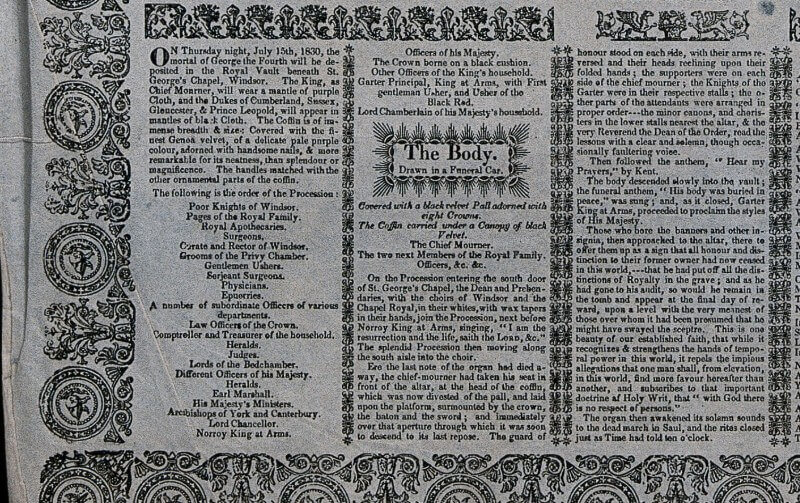 What is the Royal Burial Ground? 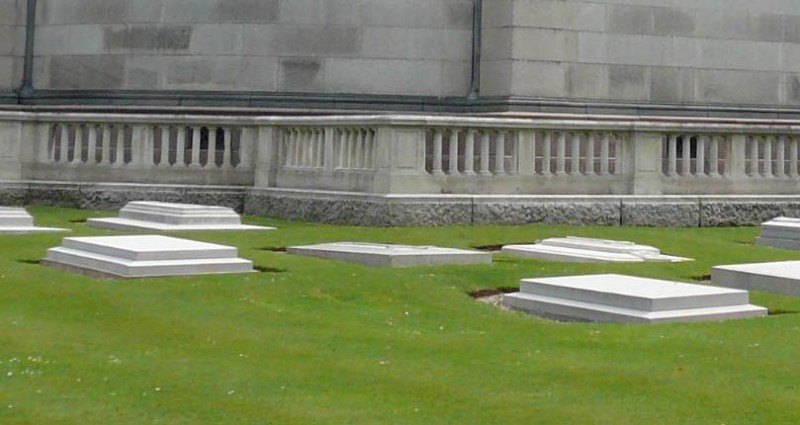 Prince Arthur, a son of Queen Victoria, Princess Victoria, a daughter of Edward VII, and Prince George, Duke of Kent, a son of George V, were interred in it. The most famous burials at Frogmore are the graves of the Duke and Duchess of Windsor, formerly Edward VIII and Wallis Simpson.

The Royal Burial Ground is not open to the public, but it can be viewed from the perimeter on the few days of the year that Frogmore House is open.

Where else are members of the Royal Family buried? 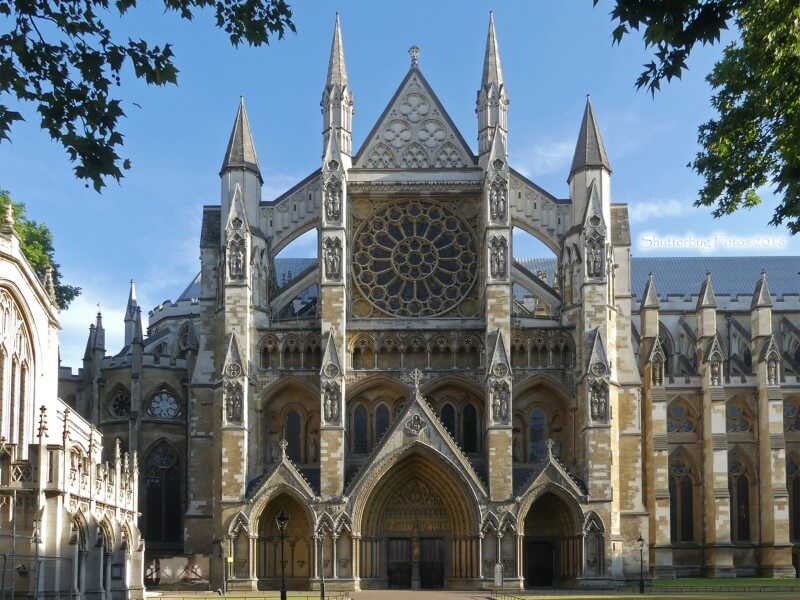 St. George's Chapel, the Royal Vault and the Royal Burial Ground are not the only sites where members of the royal family are interred. The majority of Medieval and Early Modern kings and queens, however, are buried in Westminster Abbey. Royal burials in the abbey stopped after the construction of St. George's Chapel, but since then many other notable people, particularly famous writers, have been interred in it. 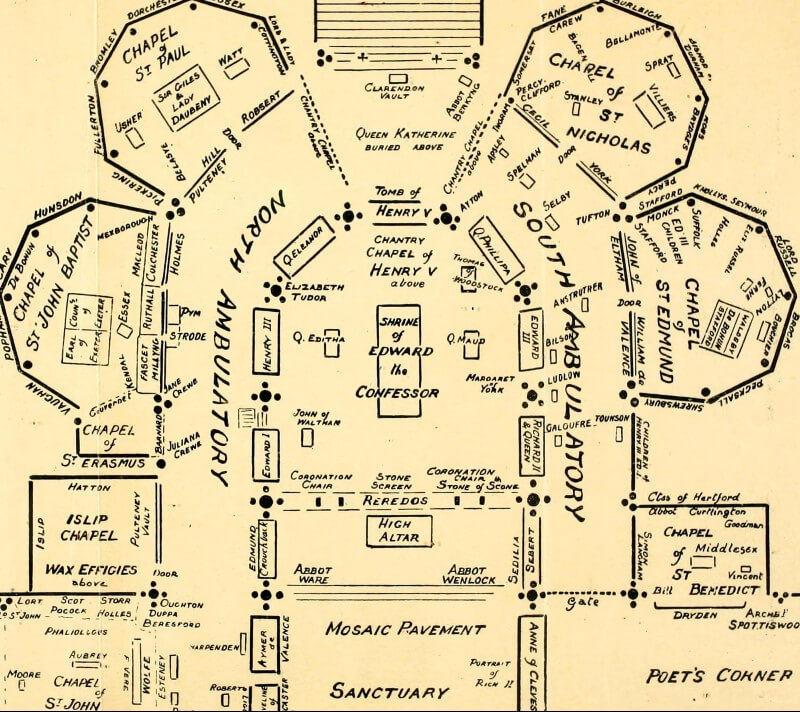 Image by Mrs. A Murray Smith on Wikimedia Commons

The Royal Mausoleum, which houses the tomb of Queen Victoria and Prince Albert, and the mausoleum of the Duchess of Kent, Victoria’s mother, are also situated at Frogmore House, adjacent to the Royal Burial Ground.

Princess Diana is buried on an island on the Althorp Estate in Northamptonshire, which is owned by her birth-family, the Spencers.

Perhaps the most famous royal burial outside of London, however, was the funeral of Richard III in Leicester Cathedral in 2015, after the discovery of his body underneath a car park in the city.