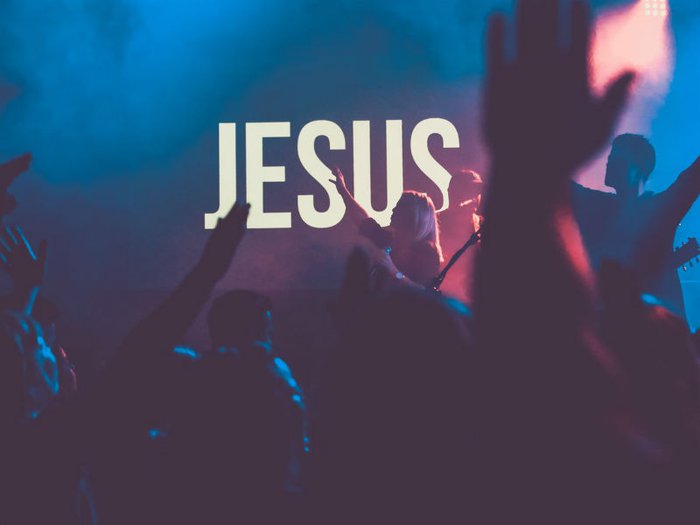 While classical music and funeral hymns are the most customary choice, some people opt to play rock music or pop songs in their loved one’s memory.

If your loved one's faith was important to them, this collection of 10 contemporary Christian songs may be ideal for their funeral as uplifting alternatives to traditional hymns.

I see Your face in every sunrise

The colours of the morning are inside Your eyes

The world awakens in the light of the day

I look up to the sky and say

Californian artist Phil Wickham’s career as a contemporary Christian singer songwriter began when he first became a worship band frontman aged just 12 years old. He has since produced nine albums inspired by his faith. You’re Beautiful is a Christian funeral song that reflects on the beauty of creation and the anticipation of eternal life in Heaven.

I can only imagine what it will be like

When I walk by Your side

I can only imagine what my eyes will see

When Your face is before me

I can only imagine

Inspired by the death of songwriter Bart Millard's father, this Christian funeral song considers what it’ll be like to be in Heaven, standing before God. This moving worship song is a real tearjerker.

3. Save A Place For Me - Matthew West

I wanna live my life just like You did

And make the most of my time just like You did

And I wanna make my home up in the sky

Just like You did, oh, but until I get there

Until I get there

Just save a place for me

Matthew West wrote this contemporary Christian funeral song following the death of his grandmother, who suffered a stroke.

After she died, West said: “Grandma was a mother of ten children who loved God with all her heart, and believed in the power of prayer. I will always remember cards and letters she would send me. They were filled with encouraging words and scriptures to live by. I will not soon forget her example of how to live a life that really says something.” It’s also a beautiful heartrending tune.

I want to run on greener pastures

I want to dance on higher hills

I want to drink from sweeter waters

In the misty morning chill

And my soul is getting restless

For the place where I belong

In this song, Phil Wickham anticipates the joy that awaits the faithful in Heaven. It’s an uplifting worship song for a funeral with lyrics that offer reassurance and hope.

And I will rise when He calls my name

No more sorrow, no more pain

I will rise on eagles' wings

Before my God fall on my knees

Having sold over seven million albums, Chris Tomlin is one of the biggest names in contemporary Christian music. In his song, I Will Rise, he expresses his faith in Christ’s resurrection, reflecting the strength and hope of eternal life Jesus brings.

You take our failure

You take our weakness

You set Your treasure

In jars of clay

So take this heart, Lord

I'll be Your vessel

The world to see

Your life in me

Originally known as Hillsong Live and starting out in Australia, Hillsong Worship has been making music since 1983, with a number of the group’s members moving on to establish successful solo Christian music careers. Their song, Broken Vessels, includes the lyrics of traditional funeral hymn, Amazing Grace. It is also available in several other languages including Spanish, Swedish and Russian.

7. Dancing With The Angels – Monk & Neagle

But sadness has found me

I'd do anything for more time

Never before has someone meant more

And I can't get you out of my mind

There is so much that I don't understand

Dancing With The Angels is a contemporary Christian song for a funeral which expresses the deep pain of losing a loved one, but rejoices in the fact that they are now in Heaven.

When darkness seems to hide His face

I rest on His unchanging grace

In every high and stormy gale

My anchor holds within the veil

Cornerstone is a contemporary Christian song which describes how God remains with you, even through the toughest of times. It’s a song of hope and encouragement suitable for funerals as well as for Christians who are longing for their loved ones.

Lord, I come, I confess

Bowing here I find my rest

Without You I fall apart

You're the One that guides my heart

Matt Maher has produced seven contemporary Christian music albums since his debut as a worship leader in hometown Newfoundland, Canada. Lord, I Need You is a personal song which expresses how he cannot live without God.

And I will call upon Your name

And keep my eyes above the waves

When oceans rise, my soul will rest in Your embrace

For I am Yours and You are mine

An incredibly poignant and beautiful song, Oceans is about finding God in times of struggle and doubt. It’s an ideal Christian funeral song that bereaved families may find inspirational and encouraging.

For some alternative ideas about songs for a funeral, why not look at the most popular rock songs for funerals, or look at more popular funeral songs to include in your loved one’s farewell.