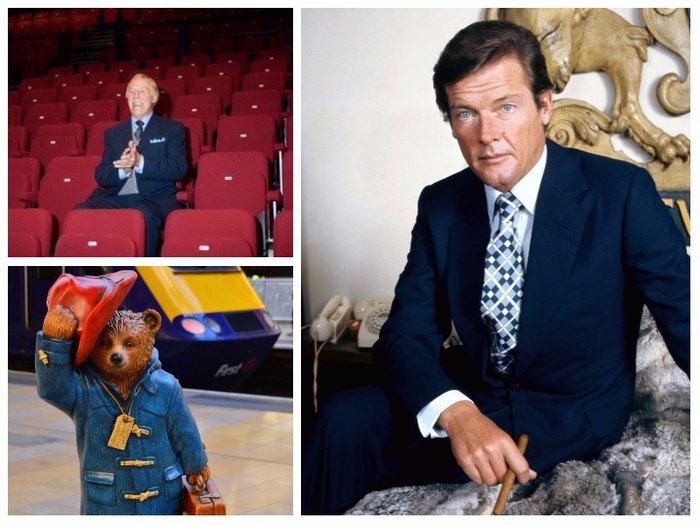 It can feel like the end of an era, when the death is announced of someone we’ve spent our lives watching on stage or screen.

Although we may not have personally known them, psychologist Annie Broadbent – who helps the bereaved in her regular Funeral Guide advice column – says grief over a famous person’s death can be sincerely felt. She explains that celebrity deaths can be a catalyst through which people release deeper-held emotions over more personal losses or experiences in their lives.

“Celebrities are essentially our modern-day mentors – we all need to look up to someone and they offer us that,” says Annie.

“Celebrity deaths can be a trigger for other losses in people’s lives, whether they are aware of it or not. It’s a way of processing.”

These 15 celebrities who died in 2017 will be greatly missed by many.

Coronation Street legend, Liz Dawn, died on September 25 following a long battle with emphysema. Liz, who spent more than three decades playing Vera Duckworth , was one of Britain’s best- loved soap stars, and will be remembered by those who knew her for all the joy she brought to fans, friends and her family.

At her requiem funeral mass held at Salford Cathedral, the organist played the Coronation Street theme tune as her coffin was carried in. Her son Graham revealed that during her final days, Liz had listened to favourite records, including Frank Sinatra's My Way with the lyrics reflecting “her path, her character, her adversities and her true spirit.”

Crime writer Colin Dexter was the creator of TV’s Inspector Morse and wrote 13 bestselling novels on which the series was based. He died on March 21, aged 86. In his obituary, fellow crime writer and friend Val McDermid described him as “a lovely, lovely man” and not as grumpy as his creation – “though he did share Morse’s love of music”.

“Nice to see you, to see you nice”. National treasure Sir Bruce Forsyth left so many catchphrases to remember him by during his 75-year career in entertainment.

The beloved game show host died on August 18 at the age of 89, with his wife Wilnelia and children at his bedside. Not long before he died, he had joked to friends: ‘I’ve been very, very busy being ill’.

Bruce first appeared on TV on the show, Come And Be Televised in 1939, aged 11. He became known for his warmth and wit in the showbiz industry and was bestowed with a knighthood in 2011. Sir Bruce, who had six children, nine grandchildren and three great-grandchildren, was buried in a private family ceremony, with a public memorial planned to celebrate his life.

Best known for his role as veterinary surgeon Siegfried Farnon in TV’s All Creatures Great and Small, actor Robert Hardy died aged 91 on August 3, after a career spanning 70 years in theatre, television and film.

Better known to younger fans as Minister of Magic Cornelius Fudge in the Harry Potter films, he also portrayed Winston Churchill eight times on stage and screen. Robert Hardy was a respected historian and noted authority on the English longbow. He played an important role in the raising of sunken Tudor ship, the Mary Rose, overseeing the restoration of antique weapons that were recovered from the wreck. 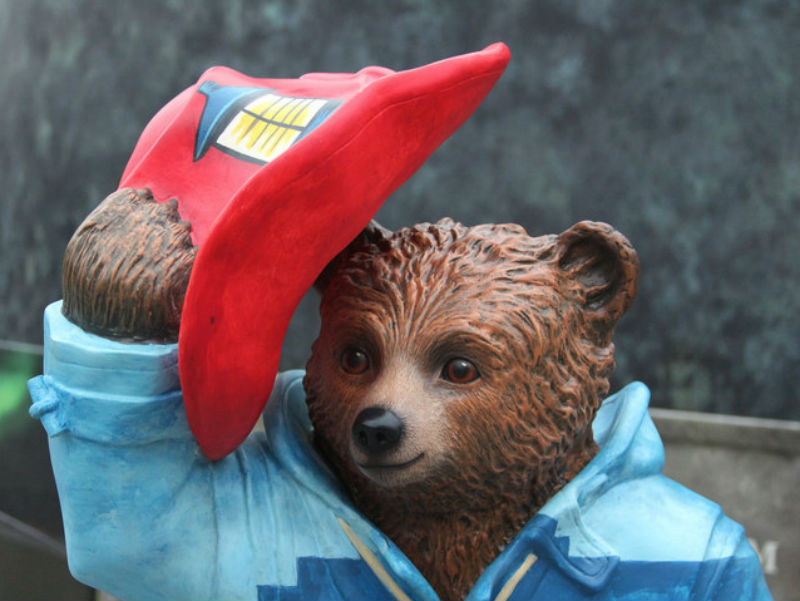 The creator of Paddington Bear, author Michael Bond died on June 27, aged 91. His celebration of life service was held at St Paul’s Cathedral where his grandchildren, India, Harry and Robyn, read extracts from his books, including A Bear Called Paddington, The Tales of Olga da Polga, and It Wasn't Me.

Michael said Paddington had been inspired by his own father, who would keep his hat on during family visits to the seaside, to ensure he would have something to politely raise in case he met someone he knew.

In his sermon at the author’s funeral, the Reverend Canon Michael Hampel, said: “Michael Bond knew that people needed looking after and he reached out to millions of children (including those of the adult variety) through the art of story-telling – not least through stories about a bear called Paddington who was different.”

An icon for millions of children who grew up in the 1960s and 70s John Noakes spent 12 years as a daredevil Blue Peter presenter, and was fondly remembered for his can-do attitude, action-man stunts and trusty sidekick, Shep the dog.

Following his TV career, John wrote a children’s book, called Flight of the Magic Clog and made a number of TV appearances before sailing the Mediterranean and settling in Majorca. He died on May 28 following a long battle with Alzheimer’s. John’s cremation ashes were turned into a firework, with his family and friends gathering in John’s native Yorkshire in October to send it blasting off into the sky.

Best known for his Bafta-winning role in 1984 TV series, The Jewel in the Crown, screen star Tim Pigott-Smith’s diverse acting career included roles in Downtown Abbey, Quantum of Solace and Alice in Wonderland.

Tim, who died at the age of 70 on April 7, is survived by his wife, actress Pamela Miles and their son Tom. His agent, John Grant described him as one of the greatest actors of his generation. 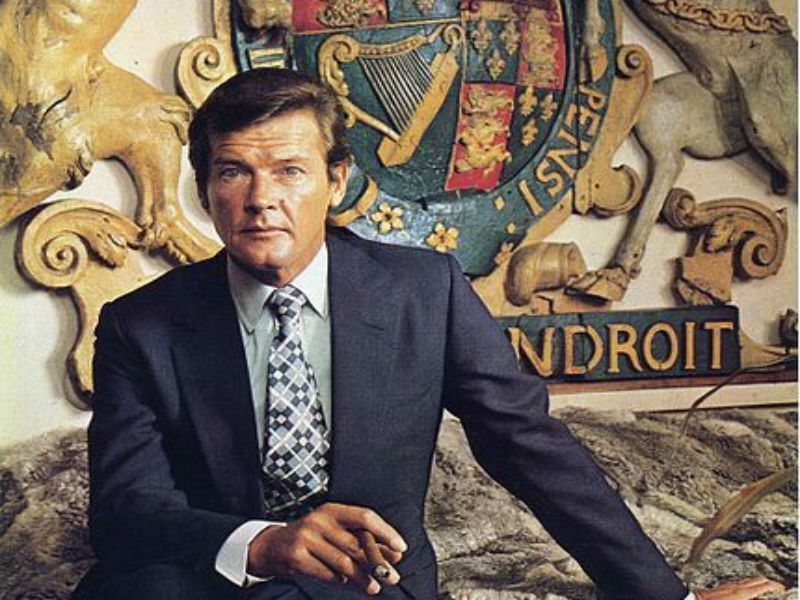 Best known for his role as 007 in seven Bond films Live and Let Die and A View to a Kill Sir Roger Moore was also a tireless and long-serving goodwill ambassador for international children’s humanitarian charity, Unicef.

He died in Switzerland on May 23, aged 89, after a short battle with cancer. Much like the character he played, Sir Roger was known as a charmer – smooth, suave and wonderful company. Before he began his movie career, Sir Roger served as a second lieutenant in the Royal Army Service Corps, shortly after the end of the Second World War.

Sir Roger’s private funeral service was held in Monaco, with a memorial service held for him in Monte Carlo. Comedian David Walliams, was among the celebrity friends who attended and gave a eulogy during the service.

“I know how boring funerals can be

I want people to gather

have a laugh, a dance, meet a loved one.”

In 1994, comedian Sean Hughes wrote a wonderful poem about death, which was among the moving readings at his funeral at North London’s Islington Crematoriumin October.

The comedian, actor and writer, best known for his appearances on TV’s Never Mind The Buzzcocks died on October 16, aged just 51. Friends, family and fellow comedians gathered to say their farewells and honour Sean’s wish for a “cheerful” funeral.

Crowds of fans lined the streets of Watford to pay their respects at former Watford, Aston Villa and England football manager, Graham Taylor’s funeral following his sudden death from a heart attack in January at the age of 72.

The funeral procession went past Watford’s stadium on Vicarage Road, with the funeral flowers on his coffin reflecting the colours of Watford Football Club.

Sir Alex Ferguson, Arsene Wenger and Watford captain Troy Deeney were among the hundreds of mourners to attend the funeral held at St Mary’s church, while BBC commentator John Motson read out a moving tribute from former Watford chairman Elton John. During the funeral service, Graham Taylor’s family shared special memories of him, including receiving ‘mystery’ Valentine’s cards, accompanied by a signature kiss. 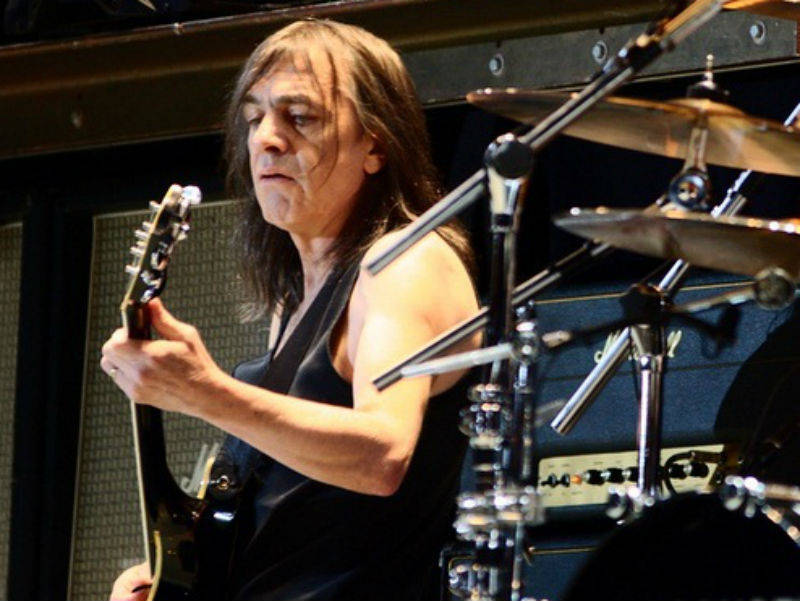 AC/DC’s co-founder and guitarist, Malcolm Young, died on November 18, aged 64. The Scotland-born legend’s life was honoured with pipers leading his funeral cortege past crowds of fans to St Mary's Cathedral in Sydney.

His funeral was attended by many friends and family including his brother and fellow AC/DC founder Angus Young, lead singer Brian Johnson, bassists Mark Evans and Cliff Williams and drummer Phil Rudd.

Guitar picks engraved with Malcolm's dates of birth and death were handed to every mourner in the congregation in tribute to the legendary rhythm guitarist and songwriter. Angus Young carried Malcolm’s guitar, known as ‘The Beast’ to the hearse, while the pipers played Watzing Matilda as mourners left the church and it’s said, even snuck in a few bars of AC/DC hit It’s a Long Way to the Top (If You Wanna Rock ’n’ Roll).

During her cricketing career, Jan scored five test hundreds, a total not yet beaten in the women’s game. She represented the country in a total of 63 one-day internationals and 27 test matches between 1979 and 1998.

Ebony Rainford-Brent, director of women’s cricket at Surrey, said: “Her records speak for themselves the class of player she was and will stand the test of time.”

Her funeral was held at Surrey and Sussex and her family donations to St Peter and St James's Hospice in Lewes, in lieu of flowers.

Till Death Us Do Part actor Tony Booth, died on September 25 aged 85. His acting career lasted 50 years, and included appearances in Coronation Street, EastEnders, Emmerdale and The Bill. In later life, as the father-in-law of former Prime Minister, Tony Blair, Booth was also known for his outspoken political views.

His wife Steph said she and his and daughter Cherie were holding his hands and singing to him, when he peacefully slipped away after a long battle with Alzheimer`s. With Tony’s permission following his diagnosis, Steph wrote a long-running column for the Irish Times about living with someone with dementia.

For a generation of 40 and 50-somethings who grew up in the 1970s, the ever-upbeat Keith Chegwin was one of the most familiar faces on television. Starting out as a child actor, he found fame on Saturday morning TV hosting Multi-Coloured Swap Shop’s weekly ‘Swaparama’ roadshows, before going on to front kid’s entertainment show Cheggers Plays Pop.

Later in his career, Keith spoke frankly about his successful battle with alcohol addiction, before becoming known to a new generation of fans in reality TV appearances, including I’m a Celebrity and in comedies Extras and Life’s Too Short. Although he had been privately battling lung disease, his death aged just 60 on December 11 came as a shock to many friends and fans. His wife Maria, daughter Rose and son Ted were by his side.

Comedian Les Dennis paid tribute to Keith, tweeting: “So utterly devastated. Worked and laughed with him so much on Life’s Too Short. Indeed it is my friend. RIP.” 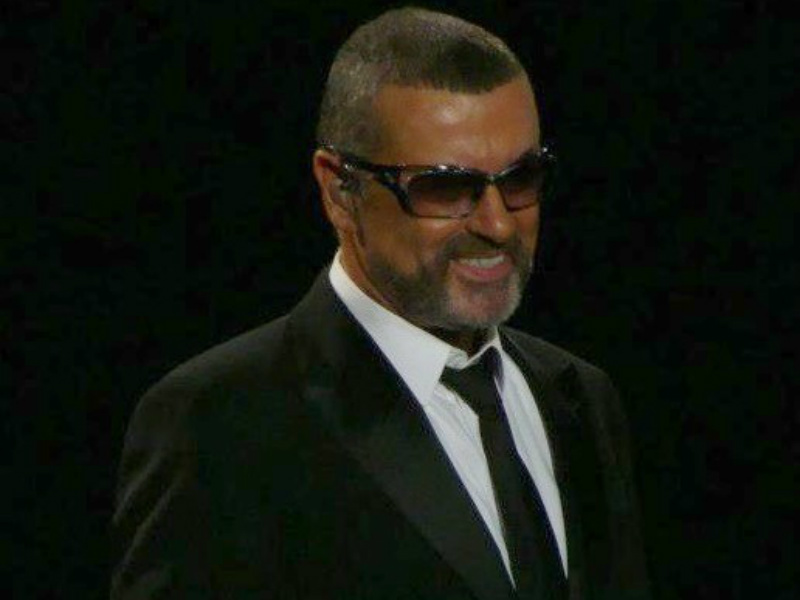 Although Wham! superstar, George Michael, died on Christmas Day 2016, his private funeral took place on March 29, this year. The Careless Whisper singer was laid to rest next to his mother in his family’s private plot at Highgate Cemetery.

Highgate Cemetery have told fans wishing to mourn the star that George’s grave is in a private area, which is not open to members of the public to visit. Many fans have left flowers and tokens ouside the singer’s former home, which have become an informal shrine to the star.